'That docking station? Yeah, we own that' 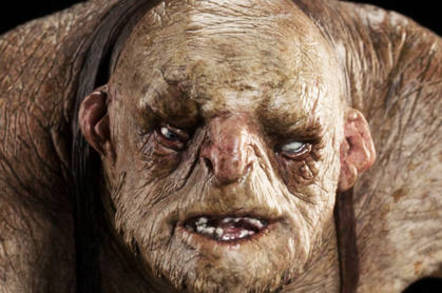 Motorola Mobility has suffered another defeat at the hands of patent hoarder Intellectual Ventures, with a Delaware jury finding that Moto infringed a patent describing a way for handheld devices to connect to docking stations.

Law360 reports that the jury only deliberated for about an hour before deciding in Intellectual Ventures' favor on Monday, in the latest chapter in litigation the two firms have been battling out since 2011.

At issue was US Patent Number 7,120,462, which describes a "Portable computing, communication and entertainment device with central processor carried in a detachable handset."

Motorola had sought to have the patent invalidated for obviousness, but the jury rejected that claim. Still, it was a nice try. In February, US District Judge Sue Robinson did invalidate another of Intellectual Ventures' patents, US Patent Number 6,557,054, on grounds that the methods it described were too abstract to deserve protection.

In the end, though, Monday's ruling was the second victory for Intellectual Ventures against Motorola in as many weeks. Last Thursday, a separate jury found that Motorola had infringed a patent on file transfers, while at the same time clearing it of infringing a patent on wireless networking.

Intellectual Ventures, which was formed in 2000 by former Microsoft CTO Nathan Myhrvold, is among the top five patent-holding entities in the US, yet it makes nothing and markets no products. Instead, it licenses its myriad patents to other companies – and indeed it argued that many of Motorola's competitors had already licensed the patent at issue in the current lawsuit.

But the matter was hardly cut and dried. The first time Intellectual Ventures took Motorola to court over the '462 patent was in February 2014. That time, the jury couldn't come to a decision and Judge Robinson declared a mistrial.

Monday's jury decision marks the fourth patent litigation win for Intellectual Ventures, which has sued more than 30 companies for patent infringement since it first took to the courts in 2010. Damages will be determined at a later date.

Myhrvold's firm still has more than 25 lawsuits outstanding. The next to be heard will likely be a suit against security software firm Trend Micro, proceedings for which are due to begin in May. ®

Crypto-upstart subpoenas Glassdoor to unmask ex-staff believed to be behind negative reviews. EFF to the rescue...