Coral Reefs: Secret Cities of the Sea exhibition – life beneath the waves

Take a dive at the Natural History Museum 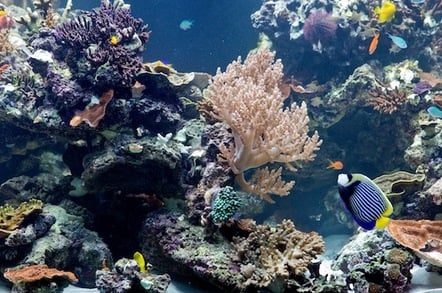 Review There's an undeniable fascination to coral reefs and the creatures that inhabit them, whether it's tales of shipwreck on tropical islands surrounded by a lagoon, romantic snorkelling adventures, or captivating documentaries about the Great Barrier Reef. 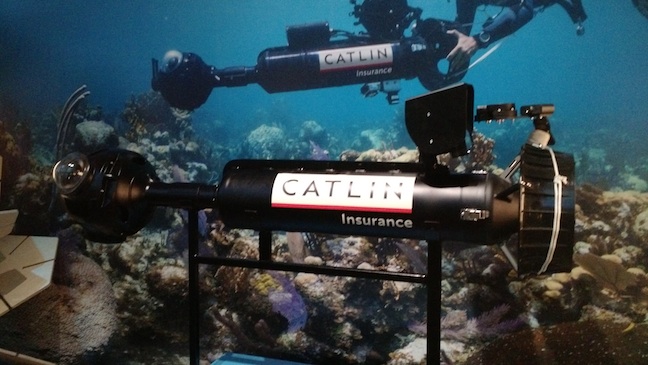 Underwater cameras have captured over 800,000 images of coral reefs around the world

It's this fascination that a new exhibition at London's Natural History Museum, "Coral Reefs: Secret Cities of the Sea" seeks to tap. Opening this week, and continuing until September, it aims to show some of the breadth of life that's found on reefs around the world, and to inform about the perils facing reefs – in the Caribbean alone, for instance, 80 per cent of reef has been lost since 1970.

Key to the exhibition is work done by the Catlin Seaview Survey, which can be summarised best as a sort of “street view for the sea bed.” One of the prominent items on display is a special camera created for the survey, which was used to create tens of thousands of images of reefs around the world. Taking a photo every two metres, over a 2km drive, three times a day, there are now over 800,000 images stored.

As well as seeing these on the web, the exhibition provides three large screen display units, each with a joystick control that allows you to select one of five reefs and then move around it as if you're diving. Each of the display units has three screens, arranged a little like a dressing table, giving a slightly more immersive view, though it's not true VR by any means. Yet for many of us, this may be the closest we'll get to seeing a real reef close up. 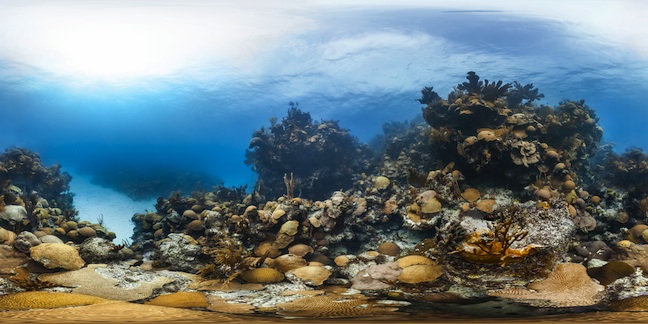 There's more to the exhibition than images from the survey, however. On entering, the first thing you'll notice is an awful lot of plywood hexagons slotted into each other; it's a motif that recurs throughout the exhibition and reflects the way that the reefs themselves are made up from the six-sided calcium carbonate foundations laid down by polyps.

There are also plenty of corals – dead, of course – in display cases. Some are certainly pretty astonishing to look at, especially the “brain corals” and some of the more brightly coloured ones. There are, too, some huge intricate examples that look more like a tree or a leaf that's been massively magnified.

All too often though, I felt that the explanatory texts were a little too brief. There's a diagram with information about Darwin's theory of coral reef formation based on volcanoes, and some small segments of coral that he collected on the Beagle. James Cook features too, with a few items that he collected on HMS Discovery, and some early maps showing reef locations – but there's not really much background on either, which is something of a pity. You might be left wanting to know a fair bit more. 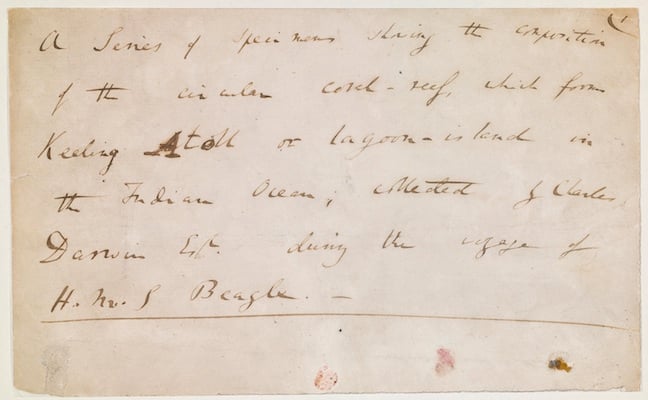