$23m to a WordPress biz? Why top-end hosting is big money 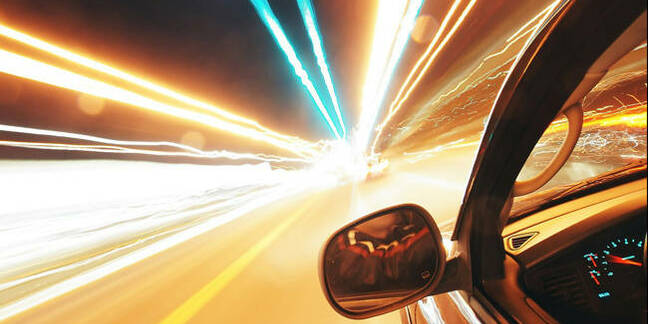 Analysis Website hosting may not be the first thing you consider when looking at tech industry growth, but venture capitalists North Bridge are betting different.

Why? Because it sees nothing but opportunity. "We believe that we're looking at 'gross compression' here," explains North Bridge partner Jim Moran, "where the only thing keeping the company from going beyond its current 100 per cent growth is an ability to step on the accelerator."

The money will be largely spent on sales and marketing and expanding outside the US, with some going on "fortifying" the company's feature-rich platform so sudden growth doesn't become sloppy service.

With single-digit turnover in customers, it's all about getting new customers in. "The faster we can convert, the faster we can go," Moran enthuses. The company will launch first in the UK and then into Europe.

So where are these new customers going to come from? "The market is as much green field as it is plain takeover," Moran argues, "because the [open source] movement is so large."

North Bridge has been following the open-source CMS market for some time, having been in every round of funding for Drupal specialist Acquia, starting with Series A in 2007 up to Series F in May last year where it was joined by five others putting in $50m (Amazon then put in an unspecified amount in August).

Like WP Engine, Acquia offers a range of features on top of the basic CMS install that pulls it above the commodity hosting market while giving serious users and companies enough confidence to use open source software rather than rely on proprietary content management products.

And by investing in WP Engine, the VC company sits on both sides of an open source CMS market that sees constant improvements in both Drupal and Wordpress, much of it sparked by the other's latest innovations (every 12 months, you will find countless blog posts explaining why they are moving from Wordpress to Drupal, or Drupal to Wordpress, depending on where we are in the update cycle).

Come one, come all

Moran sees new customers coming in the top of the funnel from three areas: existing open source CMS users unhappy with their current hosting or looking to step up ("the number one request is easy of use; then reliability"); new customers moving over to open source CMSes; and people who are starting up new websites.

"There is now huge penetration with mobile," Moran highlights. "A website has become everyone's front door, for an individual or a company."

He admits he's no expert in the expansion of new top-level domains - where 1,000 new dot-words will explode the number of domain name possibilities - but says he knows "enough to be dangerous," and reflects the same philosophy of the leaders in that registry market: when the tide rises, it lifts all boats. More domains equals more websites equals more hosting.

What WP Engine is not doing is going against the giant commodity market - the GoDaddys, Wixes and even Rackspaces that aim to cover as much of the market as possible and so fight heavily on price while dealing with high customer churn.

Although Moran argues that those companies will become more interested in the likes of WP Engine and Acquia that offer full features, loyal customers, higher margins and excellent service and reliability (WP Engine just won a Stevie Award for customer service).

With websites becoming critically important to increasingly large numbers of people and companies, the bet is that $29 per month seems reasonable for a personal website (instead of, say, $99 a year), and $249 a month for a business is worth every penny if it can be relied upon to offer fast information to all and good customer service for you.

Welcome to high-end hosting. The internet is going nowhere but up. ®