There's a flaw in your plan, Kommissar Ansip 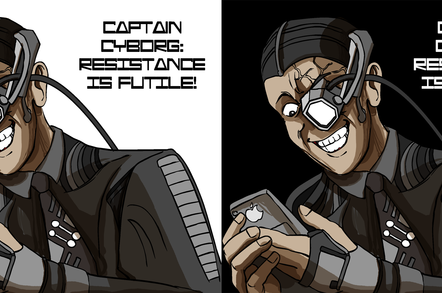 The Estonian cyborg (and former prime minister) wants to stop Europe’s independent music companies, publishers and film makers from reaping their investments in home markets first – forcing them to grant one pan-European licence for their material.

In a fairly feisty response, Poland has hit back, saying this will rob Europe of its cultural diversity and benefit the lowest common denominator.

“There is not one uniform European culture. Europe which we know comprises many cultures and it is this diversity which makes our continent rich and attractive. This specific nature should be reflected in law,” says Dorota Hawliczek on behalf of Stowarzyszenia Kreatywna Polska, the Creative Poland Association, in a response to the cyborg’s plans. The Association is an umbrella for representatives of composers, photographers, authors, film and TV.

“Consequently, it is impossible to apply a uniform 'European' solution, unless we talk about partially worthless pop culture.”

“Implementation of legal limitations in this respect would lead to a total stagnation of European film production,” they say.

“There is an almost certain assumption that creation of one pan-European cultural market would lead to a total disappearing of the Polish market of contents protected with copyright, and the marginalisation of Polish participants in this market. Polish culture is rich, attractive and diverse.

Unfortunately, the Polish cultural sector is still economically and financially weak. Removing the possibility of granting territorial licences will lead to the deepening of contrasts and will destroy the chances for at least a slow increase of the importance of the Polish creative sector in Europe.”

“It is difficult to use the term ‘reform’ without inverted commas,” the groups adds. The idea of forcing people to use Ansip’s licensing terms should be terminated immediately, they say.

Ansip’s own understanding of the issues is questionable, his critics say. Beaker’s explanation for why copyright was created raised eyebrows recently.

"Queen Ann in the year 1710 gave the right to make copies,” Ansip told EU Observer in February. In fact, copying at the time was rife, and the new statute gave the author control over it, explaining that it was needed because:

“Printers, Booksellers, and other Persons, have of late frequently taken the Liberty of Printing, Reprinting, and Publishing, or causing to be Printed, Reprinted, and Published Books, and other Writings, without the Consent of the Authors or Proprietors of such Books and Writings, to their very great Detriment, and too often to the Ruin of them and their Families.”

In other words, the Act introduced the right to stop copies being made – the exact opposite of what Ansip thinks it did.

Modern European copyright arguably owes more to the French, who introduced the inalienable moral right of the author (”droit d’auteur”) to decide how their work is used; EU copyright is based on the French, rather than the utilitarian US and UK approach. The UK incorporated moral rights when it grafted EU law into the Copyright, Designs and Patents Act in 1988.

The robo-Kommissar told press this week that it would be an “uphill battle” to get changes passed through European institutions. But even if he does, his problems may just be starting. As the plan involves coercing a property owner into conducting trade that the property owner doesn’t necessarily want to conduct, it’s doubtful whether it is fully compatible with Europe’s WIPO obligations.

Ansip wants to see Estonian football in Brussels without paying twice. Yet it’s doubtful whether he wants a war with WIPO. ®