I see you have the gTLD that goes .ping! 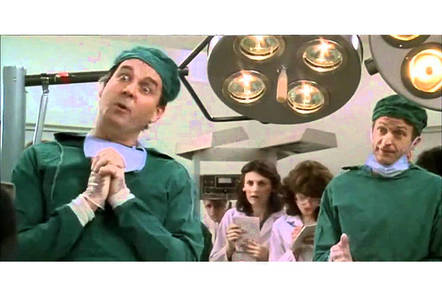 The company behind Ping golf clubs and owner of ping.com has paid domain name overseer ICANN $1.5m for the rights to the top-level domain .ping.

The auction pitched it against one other applicant (general registry company Radix) and also included a second internet extension, .srl, which went for $400,000.

Originally, there were around 10 extensions to be auctioned off yesterday but all but these two were settled privately.

In private auctions, the losing parties split the final sum between them; in ICANN's auctions, the organization gets all the money.

And ICANN has done well out of its auctions so far: it has taken in $59,988,127 of which it will keep $57,015,622, which until the new gTLD program was launched was the entire annual budget of the non-profit corporation.

ICANN has still yet to provide any details over how it intends to spend the money.

The corporation canned statement whenever asked about the millions of dollars is: "All proceeds from the auction are being segregated and withheld from use until ICANN's Board of Directors define a plan for an appropriate use of the funds through consultation with the community."

With these two auctions out the way, there remain only six gTLD in the active auction list: map, living, search and fun are scheduled for 29 April; stream on 27 May; and game/games on 20 May.

In addition, there are 30 new gTLDs that are so far unsettled for a number of reasons and could feasible go to auction some time this year.

The most paid for a single gTLD through the ICANN process so far was $25m paid for dot-app by Google.