This is all just ‘to attract headlines’. Job done then 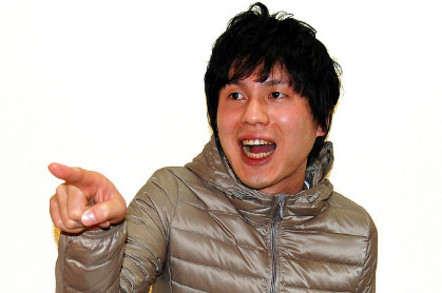 BT has labelled a report into its apparently inflated return on broadband investment as "ludicrous", as Vodafone calls on the government to tighten the regulations surrounding Openreach.

A confidential November 2014 report from Frontier Economics (seen by El Reg) has claimed that while the historic return on investment, which Ofcom uses as a benchmark for BT Openreach, is between 8-11 per cent, the actual figures over the last eight years have been much higher, peaking at more than 18 per cent.

However, BT has lashed back, claiming that this "report is ludicrous and it was ludicrous two years ago when it first surfaced". El Reg is pretty sure it appeared about six months ago.

“BT is allowed by Ofcom to make a return above the cost of capital, so this is a highly ill-informed report designed purely to attract headlines," the one-time national monopoly's spokeswoman said.

Vodafone argues that this situation is not within a competitive open market but in the core infrastructure - copper and fibre placed in the ground - where BT is the only game in town.

“Ofcom's approach has been successful and the UK has one of the most competitive telecoms markets in the world, [and] as a result [we have] low prices and high levels of investment," the BT representative responded.

Meanwhile, the regulator love-in continued, with Vodafone describing Ofcom as the best regulator in Europe. It was hopeful that attention would be drawn to the costs and performance of Openreach.

Vodafone claims that over the last eight years BT should have made £11.3bn, but instead has walked off with a very nice £16.7bn. The mobe operator argues that the excess £5.4bn has come out of the profits of corporate customers, Vodafone, Sky and the other ISPs and telcos, which have to buy services from BT.

Vodafone chose to highlight two metrics: the fault rates on copper, which have risen over the last few years, and the ability of Openreach to hit installation deadlines for fibre to large premises, which have fallen well below the target times by Ofcom.

While Sky and TalkTalk have been very public about wanting to see Openreach separated from BT, Vodafone has taken a more measured view; complete separation would be the best thing for the industry, but it has also explored other ideas.

In addition to tighter regulations, Vodafone wants direct access to dark fibre, with the ability to install Vodafone kit onto it and not to have to rely upon Openreach to service it and deliver the communications. ®