Google promises Pointer Events support, with or without Apple 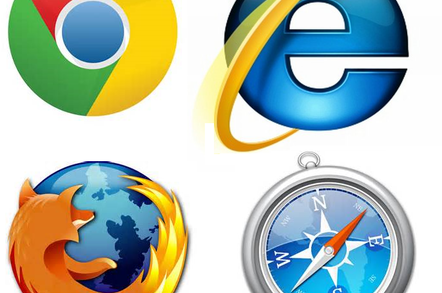 Google has backtracked on its decision not to implement Pointer Events in the Blink web browser engine used by its Chrome browser.

Pointer Events is a W3C recommendation that makes it easier to support touch and pen control, as well as mouse input. The specification was originated by Microsoft to improve Internet Explorer (IE) for mobile and tablet users, and won support in the web developer community because it is an elegant solution when coding for multiple types of input.

“We love Pointer Events because they support all of the common input devices today – mouse, pen/stylus, and fingers – but they’re also designed in such a way that future devices can easily be added and existing code will automatically support the new device,” said Scott González on the JQuery team.

Google explored Pointer Events support, but in August 2014 decided against it, primarily because Apple is not implementing the standard in Safari. Instead, Safari supports Touch Events, a more limited specification designed only for touch input.

“Pointer Events would likely never supplant Touch Events on the web (especially without support from Safari),” said Rick Byers on the Blink team.

"Based on the feedback we’ve received, and the productive collaboration in the Pointer Events working group, I now believe we should implement this API in Blink... we’ve received a steady stream of feedback from web developers, framework authors and other browser vendors indicating that they see Pointer Events as a highly valuable addition to the platform."

The decision is significant because it shows willingness to implement W3C standards with or without Apple, at least in a case like this one where there is widespread developer support.

Mozilla already has an implementation in Firefox, though you have to visit about:config and set a flag to enable it. IE supports it in version 10 and later. Apple’s Maciej Stachowiak stated in December 2012: “Combining the very different models of touch and mouse is a bad idea. Their proposal is technically unsound.”

March 25 2015 was a giddy day for Google, since it also saw the abandonment of the Dart VM in favour of compilation to JavaScript, as we reported here. A good day for web standards. ®