Hopes investment in Android competitor Cyanogen will make it leader of the peck... 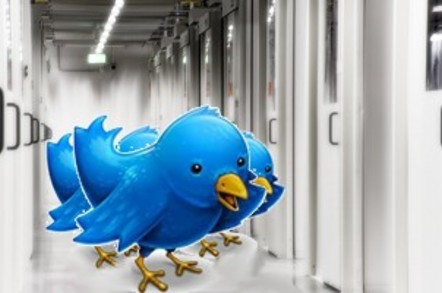 Twitter has quietly extended its venture-capital appendage for the first time to invest in Cyanogen, a start-up challenging Google's Android.

The creatively named "Twitter Ventures" was announced as party to Cyanogen's recent $80m pass around of the collection plate, and is listed alongside Rupert Murdoch, Vivi Nevo and a handful of mobile money moguls as a strategic investor in the company.

According to Bloomberg the company has previously blamed poor quarterly performances on mobile integration issues, saying that the "introduction [and integration] of a new mobile operating system from Apple Inc... cost it four million new users".

Cyanogen CEO Kirt McMaster has said the company is "committed to creating an open computing platform that fundamentally empowers the entire mobile ecosystem, from developers to hardware makers, and most importantly, consumers around the world."

Cyanogen has not offered a breakdown of the recent financing round, although perhaps significantly, Twitter receives top billing in the press release's list of "new strategic investors".

A deceleration in user growth has been Twitter's most significant issue since the company went public in November 2013. According to Bloomberg, CEO Dick Costolo recently told a conference "that the slowdown of new monthly active users is already turning around", although the issue already presents as a long-term trend.