'Out of nowhere, marketing guys defined what I do' 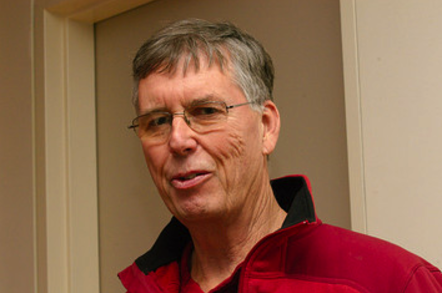 As a professor of computer science at the University of California, Berkeley, Stonebraker helped develop the Ingres and Postgres relational databases. He has previously been awarded the ACM System Software Award in 1992 for his work on Ingres.

It was the beginning of a list of high-profile awards which include the first annual Innovation award by the ACM SIGMOD special interest group in 1994, the IEEE John Von Neumann award in 2005, and now the Turing Award in 2015.

The annual honour, accompanied by a $1m prize, is awarded to “an individual selected for contributions of a technical nature made to the computing community.”

In its announcement today, ACM described Stonebreaker as "the inventor of many concepts that were crucial to making databases a reality and that are used in almost all modern database systems."

"Michael Stonebraker’s work is an integral part of how business gets done today," the ACM release quotes President Alexander L Wolf as saying. "Moreover, through practical application of his innovative database management technologies and numerous business start-ups , he has continually demonstrated the role of the research university in driving economic development."

"Out of nowhere, some marketing guys started talking about ‘big data,’” Stonebraker is quoted as saying. “That’s when I realized that I’d been studying this thing for the better part of my academic life.”

Alongside working as an adjunct professor at MIT CSAIL, Stonebraker was a professor of computer science at the University of California at Berkeley for 29 years. Many of his students from Berkeley have also gone on to offer significant contributions to both academia and industry.

Stonebraker was also well known for stating that Google and Facebook are rubbish. ®

Nobel Prize of computing goes to Goldwasser and Micali

At least according to Blighty's mechanical engineers