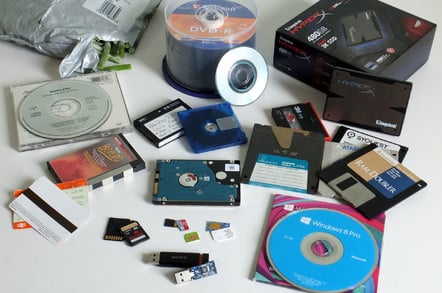 He also ordered that the Chinese company's accounts on US-based websites Facebook, Twitter, Google+ and YouTube be shut down or restricted. And he demanded 25 online payment companies including PayPal, Visa, MasterCard and Amazon Payments not provide their services to Fengtao, which sells duplication software called DVDFab.

Fengtao is accused of breaking US laws by shipping software that circumvents the AACS encryption that's supposed to prevent people from copying HD DVDs and Blu-ray discs. The Advanced Access Content System Licensing Administrator – a consortium that includes Disney, Intel, Microsoft, Panasonic, Warner Brothers, IBM, Toshiba and Sony, and looks after the AACS specification – is suing Fengtao to halt the distribution of DVDFab.

The end result of this month's injunction provides an intriguing insight into how internet companies, even those based outside America, respond to orders from US judges. Based on a review of the payment services named in the order, and the remaining online presence of Fengtao's DVDFab ripper software (which sells for around $125), what we have learned is:

However, non-US registries with the exception of Japan's JPNIC, have seemingly refused to accept US jurisdiction, and so the company's German (.de) and Chinese (.cn) websites are still up and running, with the named domains redirecting to a new domain, dvdfab.cn.

As for online payment processes, that is harder to tell although the company still purports to offer Verified by Visa and MasterCard SecureCode options on its website.

Fengtao's software allows users to crack the digital rights management (DRM) protection on post-DVD discs, and then save them for use across all devices – something that is against US law.

As for the effectiveness of the latest court order, that is debatable. It has certainly required Fengtao to make significant changes, and to rebuild its profiles and websites under other names and on different domain names.

However, by simply knowing the name DVDFab, it is very easy to find the product and download it – and the company has figured out how to take payment for it. That said, it is notable that the biz is no longer using dot-com domains, opting instead for Chinese dot-cn addresses. And it has largely lost its YouTube presence.

In essence, the AACS and the judge have restricted the ability of Fengtao to build up and market a stable online presence, marking it out as a company that consumers should be more cautious about.

Quite what percentage of its customers aren't already aware that they may be doing something legally suspect is hard to tell, however.

As for the company itself, it claims a philosophical opposition to the issue of DRM protection. And, it has to be said, the company does put a lot of effort and pride into developing features and a user interface for its app.

But the message is very clear from the United States: you are not welcome. ®