Forget Nokia: Finland's promising future is to be server central

The land of Linus gets a green shot in the arm 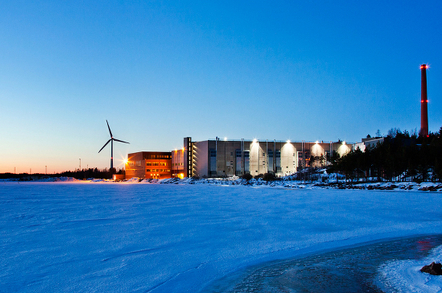 Finland isn’t just known as the country with the highest number of saunas and heavy metal bands per capita, it also counts Linus Torvalds as its most famed technology son and has a growing data centre development culture.

Of course, all Scandinavian countries have the potential to grow their data centre businesses, but Finland may have more impetus in this market than its neighbours in Sweden, Norway or Denmark.

The economy has gone through some rough times and GDP has fallen, along with the decline of the country’s traditional paper industry. Add those factors to Nokia losing its leadership position in the mobile market and you can understand why times needed to change.

If we believe the Finnish government’s investment opportunities arm, Finland has a number of key factors that make it well aligned to data centre growth. So what are they?

Truly contemporary data centres need a set of key environmental factors if they are to thrive. They need great internet connectivity as a measure of both latency and bandwidth; Finland’s proximity to many of the major European capitals doesn’t hurt it in this respect.

Geographic factors are also obviously important; Finland is one of the northernmost countries in the world and so its data centres require less air conditioning to keep them cool.

The city of Espoo has actually taken things one step further than many and built two data centres that are trying to not only be carbon neutral, but also be able to reuse and sell the excess heat they produce. In the capital area of Espoo, IT service company Tieto is now actually heating homes with the excess heat.

In a report prepared by Oxford Research and commissioned by Google, analysts Jussi Nissilä, Jouni Eho and Vesa Kokkonen have stated that Finland is already attracting big data centre investments. A total of five investments have already been announced, including “marquee” names such as Microsoft and Yandex.

“So far, the three largest announced data centre investments reach an impressive €1.3bn. Over the next decade, the Finnish data centre cluster could create an estimated 32,000–50,000 years of employment and generate a total economic impact of €7–€11bn,” write the analysts.

Finland started with paper mills and pickled herrings, but these days its industry is better known for mobile smartphones and as the birthplace of Rovio’s Angry Birds.

Is the Finnish data culture just starting? Definitely maybe – or ehdottomasti ehkä as they say in Helsinki. ®