Honey, I shrunk the Windows footprint

Microsoft explains how it will fit Windows 10 into cheaposlabs, maybe without bloatware 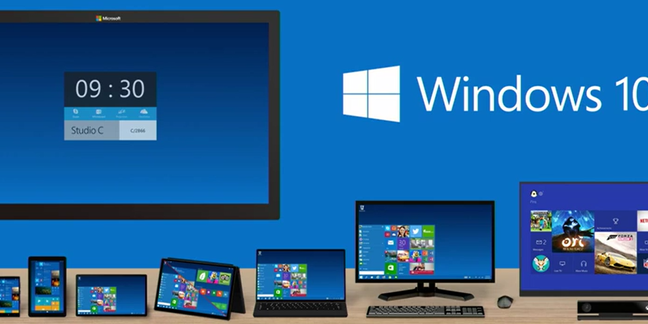 One of the challenges Microsoft has given itself with its goal of making Windows 10 run on almost anything is that lots of devices have rather less storage than PCs, which means Redmond can't assume users will have hard disk space to burn.

If Windows takes up most of a cheaposlab's 32GB solid state disk, that's not going to make for happy punters. Even in developing nations, where people are just as keen on photos of the kids as people anywhere else but lack the bandwidth to dump them into OneDrive.

Redmond's therefore finding ways to squeeze Windows 10's footprint and has detailed them in a new post.

The big space-saving change Microsoft's made is to remove the need for a recovery image to be stored on PCs and fondleslabs. Microsoft says that image currently consumes between 4GB and 12GB, depending on how OEMs implement recovery features.

There's another 1.5GB to 2.5GB to be saved with compression of system files, but Microsoft says it won't put the squeeze on unless it can be done “ without compromising human-perceivable system responsiveness.” Which means Windows 10 won't bother trying unless it has RAM and CPU cycles to spare before attempting the job.

There's another little nugget in Microsft's post that seems worthy of attention. Here it is:

“We are also redesigning Windows’ Refresh and Reset functionalities to no longer use a separate recovery image (often preinstalled by manufacturers today) in order to bring Windows devices back to a pristine state.”

We offer up that quote as we ponder the difference between a “recovery image … pre-installed by manufacturers” and “pristine” Windows. Vulture South's way of thinking suggests that means Windows 10 might offer the chance for a complete bloatware scrub. Which could win back a few more gigabytes from a device's hard disk, and a few friends for Microsoft. ®

How may I secure thee, let me count the ways...

Sadly, 111 in this story isn't binary. It's decimal. It's the number of security fixes emitted by Microsoft this week

Patch Tuesday Nothing too scary. Plus updates from SAP, Adobe, VMware