Big Data shocker: Over 6 million Americans have reached the age of 112 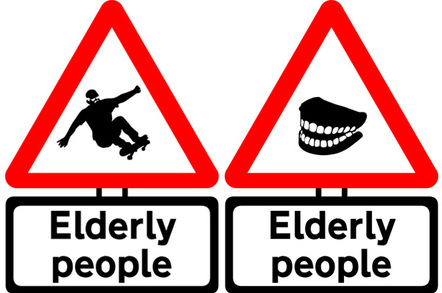 In an illustration of what can happen when you use Big Data uncritically, it has emerged that no less than 6.5 million living Americans have reached the ripe old age of 112. Even more amazingly, it appears that just 13 of the super-silver legions are claiming benefits - and tens of thousands of them appear to be holding down jobs at least part-time.

Were they being taken seriously, the Social Security Administration's records would be shattering assumptions regarding the numbers of supercentenarians alive in the world today.

The fact that US social security records nominally contain more than six million Americans aged 112+ emerged in a recent report from the social security Inspector-General's office. The same records appear to indicate that the oldest American still alive would have been born in 1869, a mere four years after the culmination of the American Civil War.

Only 13 of the 6.5 million are actually claiming Social Security benefits, it seems, but the other numbers have not been formally deleted and thus create an opportunity for fraudsters to give false details when providing their financial information.

The Associated Press quotes Senator Ron Johnson as saying "This is a real problem."

The mess-up has obviously occurred in the SSA's failure to collect and administer death records for millions of people.

Johnson is chairman of the Senate Committee on Homeland Security and Governmental Affairs, which plans a hearing on Monday in which it will look into problems with death records maintained by the Social Security Administration.

"When you have a fake Social Security number, that's what allows you to fraudulently do all kinds of things, claim things like the earned income tax credit or other tax benefits," added the senator.

While none of the aged-112+ Social Security numbers are documented as having definitely been exploited for fraudulent purposes, the report raises concerns that such fraud could be taking place - with 67,000-odd of the numbers having been used between 2006 and 2011 to report more than $3bn in income.

Sean Brune, a senior adviser in the Social Security Administration, noted that the 6.5 million records in question would probably be completely paper-based, dating from before the agency started using electronic records in 1972.

According to figures validated last October, the Gerontology Research Group claims there are only 61 people in the world known to be 112 or over as of publication, although that number may rise to 63 this Friday. El Reg wishes a very happy birthday to Maria-Giuseppa Robucci-Nargiso of Italy, and Sue Hirano of Japan, for then. ®

In @realdonaldtrump's America, you'll be Googled at the border