Life, the interview and everything: A chat with Douglas Adams 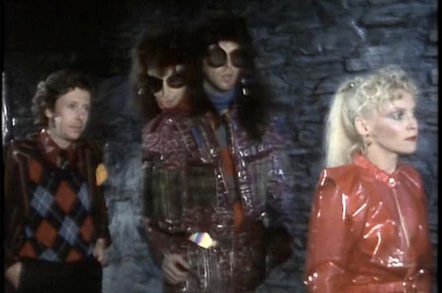 Interview Today – March 11th – would have been Douglas Adams' 63rd birthday. To mark this occasion, we are reprinting a lost interview with Douglas Adams. It was focused not on Hitchhiker's, but on Starship Titanic, a text adventure and book. The game had just been released to manufacture and Adams had pulled an all-nighter to get it out, but he was still prepared to spend an hour chatting to promote the title.

This interview first appeared in the house magazine for Demon Internet, Demon Dispatches, in April 1998.

Twenty years ago – on 8 March 1978 to be precise – the earth was destroyed. This is an odd way for a story to start, but fans of Douglas Adams have grown to expect the unexpected.

The adventures of Arthur Dent and Ford Prefect began on Radio 4. Since then, The Hitchhiker’s Guide to the Galaxy has spawned a trilogy of five books, records, a stage play and a TV series, and there's now a film in the making.

Over the years, Adams has learnt to live with Hitchhiker's. "For the first few years I really wanted it all to stop. Now it's fine and we're doing a movie with Disney. It's manageable, and you'd be foolish to resent the success." He says Pete Townsend told him that Tommy presented similar problems.

That success is what has allowed Adams to build The Digital Village (www.tdv.com), which he describes as a multiple media company, since multimedia is only one of the things the company does.

Within The Digital Village the online stuff is the glue that holds everything together. They clearly work hard. We interviewed Adams two days before the first project was due to ship, and there were some very tired people around. Programmers, who'd been working for days without a break, had retired to offices behind notices which warned that the occupants were sleeping.

Their exhaustion is down to Starship Titanic, a text-based adventure game in which your task is to board a spaceship that crashes into your house and get yourself upgraded to first class.

Adams describes Starship Titanic as Myst with things happening. And there's certainly plenty happening: the game comes on three CDs. When you play, you meet and converse with a number of characters. You type and they reply. At one stage in the game's development, it was envisaged that you'd be able to talk and the software would use speech recognition. The technology isn't quite there yet (although it won't be long), but Adams feels that as we've all got so used to typing to each other over the internet, it feels like a natural way to communicate.