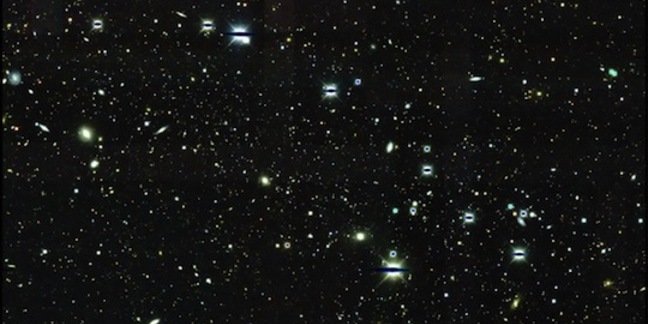 Dwarf galaxies circling the Milky Way, some with only a few hundred stars, could yield new hints about dark matter, according to boffins from the University of Cambridge and the Dark Energy Survey.

The two groups independently discovered the dwarf galaxies while combing over first year's worth of data published by the Dark Energy Survey.

One of the boffins working on the study, Sergey Koposov at the Cambridge Institute of Astronomy, said: “The discovery of so many satellites in such a small area of the sky was completely unexpected … I could not believe my eyes”.

The closest of the dwarf galaxies is 100,000 light years away, the researchers say, and were found in the relatively small part of the Southern Hemisphere sky that the survey examined in its first year.

The galaxies will provide good study targets for boffins interested in dark matter, the researchers reckon, because they're even more dark-matter-dominated than the rest of space (stuff made of boring baryons like atoms is less than 5 per cent of the universe).

At one-millionth the mass of the Milky Way, and only a billionth the brightness, the dwarf galaxies are hard to spot, and the Fermilab press release notes that further observations will be needed to confirm that the new discoveries are satellites of our galaxy.

Gamma rays reaching us from the new galaxies will be one area of keen interest. One theory of dark matter is that it consists of mutually-annihilating particles that release gamma rays at the death. Since the dwarves don't contain any other gamma ray sources, they make good laboratories to study dark matter.

However, in a separate result, the Large Area Telescope announced that the Dark Energy Survey objects don't seem to emit any significant excess of gamma rays. 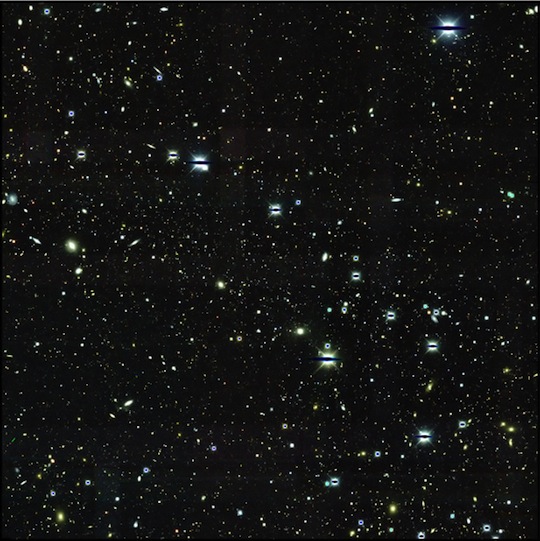 “We did not detect significant emission with the LAT, but the dwarf galaxies that DES has and will discover are extremely important targets for the dark matter search,” said Peter Michelson, spokesperson for the LAT collaboration. “If not leading to an identification of particle dark matter, they will certainly be useful to constrain its properties”.

The first discovery of dwarf galaxies that are Milky Way satellites came from 2005-2006 Sloan Digital Sky Survey data, which turned up a couple of dozen such objects. The new observations are the first new dwarf satellite galaxies to turn up in the last five years. ®

Thousands of them lie hidden in the dark secretly guzzling gas