UK spaceport, phase two: Now where do we PUT the bleeding thing? 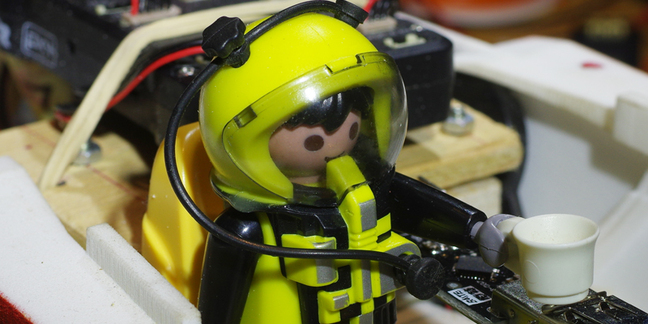 The UK's Civil Aviation Authority (CAA) has narrowed its shortlist of potential locations for Europe's first spaceport, which would provide a UK base for future commercial space flights and satellite launches.

In response to a three-month consultation on the plans, the UK government said that it had received "widespread support" for plans to construct a spaceport at an existing civil or military aerodrome. The Department for Transport (DfT) will now develop a detailed technical specification of what would be required from the new spaceport, before inviting shortlisted sites to present their proposals, it said.

Planning and environmental law expert Richard Ford of Pinsent Masons, the law firm behind Out-Law.com, said that the next stage of the process would "increase understanding of what a spaceport is, and the detailed technical requirements for spaceplane operations".

"To date, it is recognised that the focus of the CAA's work has been on the operational requirements for, and impacts of, spaceplane operations, including the aviation-related environmental impacts," he said.

"However, importantly the government has recognised in its consultation response that developing existing aerodromes to be a spaceport - for example, involving necessary runway extensions, landside and airside developments, and any necessary transport infrastructure improvements - would give rise to wider environmental impacts. These will need to be robustly assessed.

"In spatial planning terms, this is likely to require strategic environmental assessment and consideration under the EU Habitats Directive and UK regulations. In due course planning applications or a Development Consent Order application would be required.

"The UK's South East runway debate highlights how important the robustness of environmental assessments is likely to be, alongside detailed evidence of need, demand and viability," he said.

The UK government's space innovation and growth strategy, published last year, includes an ambition to establish a "space port" in the UK by 2018 and identify further reforms to regulation needed to allow commercial space flight in the UK. In August 2012, the DfT and UK Space Agency asked the CAA to set out what would be required from an operational and regulatory perspective to meet this ambition, pending demonstration of feasibility and a decision to do so.

In July 2014, the CAA published operational, safety, meteorological, environmental and economic criteria for selecting a suitable site for a spaceport, along with its initial shortlist of eight sites that met the criteria, for consultation. This shortlist has now been narrowed to include Campbeltown, Glasgow Prestwick and Stornoway in Scotland, Newquay in England and Llanbedr in Wales, with RAF Leuchars in Fife confirmed as a potential temporary facility.

The government has ruled out airfields at RAF Lossiemouth and Kinloss Barracks for defence operational reasons. In its response to the consultation, the government said that the CAA's criteria provided an "appropriate framework for identifying a permanent location for a UK spaceport".

These criteria included an existing civil or military aerodrome with a runway which is, or is capable of being extended to, over 3,000m in length; which could accommodate areas of segregated special use airspace to manage space flights safely; which was located away from densely populated areas; and which was preferably in a coastal location. However, the government also acknowledged that potential sites would require more information before deciding whether to put together a proposal.

This information would follow as part of the detailed technical specification, which the DfT would publish later this year, it said. "The focus of the CAA's work was on the operational requirements for, and impacts of, spaceplane operations, including the aviation-related environmental impacts," it said in its response.

"The government recognises that developing existing aerodromes to be a spaceport - for example, any necessary runway extensions, landside and airside developments, and any necessary transport infrastructure improvements - would give rise to wider environmental impacts. We shall consider these as we develop the detailed specification," it said. The eventual location of the spaceport could ultimately depend on wider economic growth if more than one location was able to meet the final criteria, the government said.

This article originally appeared at Out-Law.com

There are good reasons to doubt that the real operational spaceports of the future will involve runways or spaceplanes. No orbit-capable, commercially significant runway spacecraft seem likely to appear on anything like the government's timeline. El Reg explores the subject in more depth here.

When you go will you send back a rocket from Edinburgh?