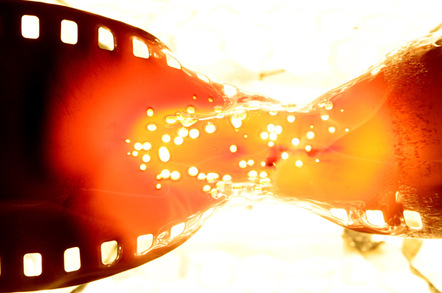 Backers of a Kickstarter campaign which raised a whopping £290k for the development of the Triggertrap Ada modular camera trigger have been left furious and seriously out of pocket after the company behind the product announced it couldn't deliver and would refund just 20 per cent of punters' cash. 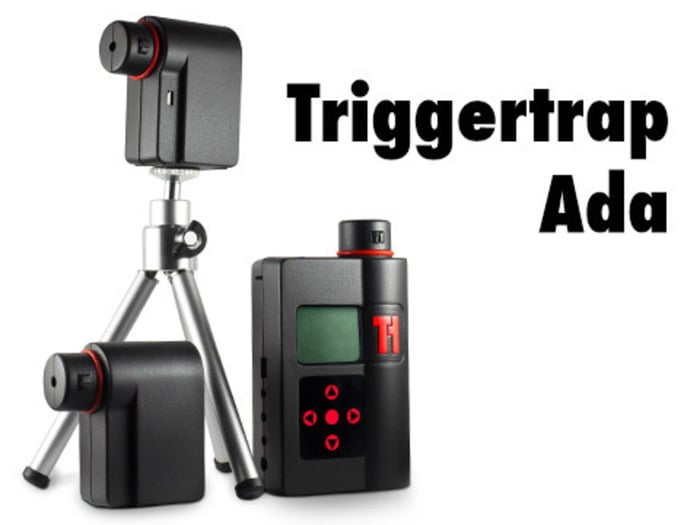 Triggertrap, which sells a successful mobile phone camera trigger app, raced past its £50,000 Kickstarter goal back in November 2013, on the promise of delivering by May 2014 "one of the fastest, easiest to use, and most affordable high-speed flash- and camera triggers money can't yet buy".

When it launched the campaign, Triggertrap claimed it was "ready" to take its modular system to production, but in reality it had disastrously miscalculated timescales - including the amount of work left to be done - and, critically, the costs of manufacturing the system.

As a result of the debacle, backers can expect the return of just one-fifth of their investment, with the only apparent result of the entire project being the release of Triggertrap Ada open source code and tech material.

Here's where the Kickstarter funds went, according to Triggertrap: 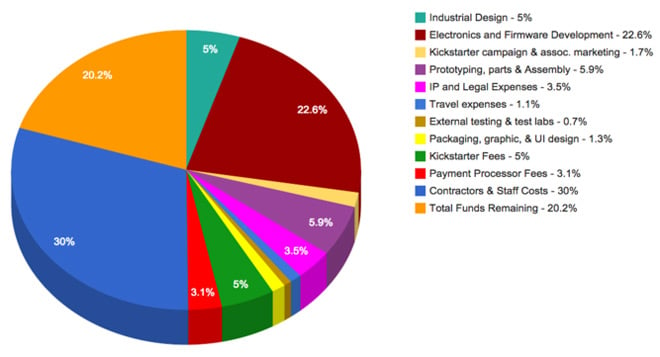 We spoke to Kamps today*, addressing some of the principal concerns rasied in the lively backer comments. Here's that conversation:

The Register: Backers say you misrepresented the state of development of the product on your campaign. The pitch states: "We've been working on Triggertrap Ada on the sly for a long time now, and we've invested a lot of money into it. We've gotten it to a point that we're ready to take it to production."

Kamps: The prototype you can see working in our Kickstarter video, was an early working prototype. However, even as the Kickstarter project was running, it became clear that while we did have a rudimentary UI on the prototype, to get the UI we needed, we needed to make a lot of changes. In retrospect, this was a poor choice: If we had stuck with the simpler UI, we might not have had to replace the processor and all the software that was running on the Triggertrap Ada. This choice cost us a tremendous amount of money and a huge deal of delays, as described here.

The change to a new processor, and all the other things that went wrong throughout the project, are further described in the Medium post that serves as a retrospective for what, exactly, went wrong in this project here.

The long and short of it is this: We had a working prototype, a lot of things went wrong, and we essentially started from scratch, when we really shouldn't have.

The Register: How much money would you estimate you invested in the product, before launching the Kickstarter campaign?

Kamps: I estimate we spent around £20k in total before the Kickstarter campaign launched.

The Register: The proposed 20 per cent refund appears to be in breach of Kickstarter terms of use for projects launched before October 2014, which state: "Project Creators are required to fulfill all rewards of their successful fundraising campaigns or refund any Backer whose reward they do not or cannot fulfill."

I also question whether a 100% refund is fair: Imagine that a very ambitious project spends 30% of the funds before discovering that what they set out to do is an impossible task for any reason. Should that project spend the remaining 70% to deliver, refund the remaining 70%, or refund 100%? If the answer is the latter, nobody would ever do a Kickstarter project. Or, as Kickstarter themselves put it: "Some projects won't go as planned. Even with a creator's best efforts, a project may not work out the way everyone hopes. Kickstarter creators have a remarkable track record, but nothing's guaranteed. Keep this in mind when you back a project". This is the ethos that is baked into what the site is all about: Taking big risks to deliver incredible products - and to occasionally fail in bold attempts to do so.

As for the legal side of things: I've talked about that in more depth in our FAQ about that particular issue.

The Register: Your backers seem unimpressed with the plan to open-source the existing Triggertrap Ada material. What's the purpose of that plan and who will it benefit?

Kamps: We had to figure out what we could do for our Kickstarter backers, and ultimately thought about it this way: If this was our first project, what would we do? We - in one of the hardest meetings we've had at Triggertrap - decided to pull the plug, and to give back everything we can: The things we've learned along the way, the things we've developed so far, and the remaining funds.

We promised to open-source the project right from the start ("Ada's source-code will be available under the GPLv3 licence."), and in the spirit on delivering as much as we can of what we promised, that's one of the promises we can keep: We'll be releasing everything we've done so far as open source, so our Kickstarter backers can use the source code, schematics, etc.

So there you have it. Regarding the possibility that the company might push ahead with the promised product whatever the cost, Kamps has already said: "Triggertrap is a going concern. We have hundreds of thousands of customers around the world, and more than a million photographs are taken with Triggertrap’s Mobile products every month.

"If we commit to delivering Triggertrap Ada, there’s an extremely good chance that the company won’t survive. If that happens, we don’t just let down our Kickstarter backers, we also let down the six-figure number of customers we have around the world, the Triggertrap staff lose their jobs, and it all grinds to a halt. That simply cannot happen on my watch." ®

*For the record, Kamps did not answer the question: "We understand the production costs were more than you'd budgeted for, but how did you make such a disastrous miscalculation, given that you claim to have been ready to roll?"