WHY are GoDaddy and Verisign stockpiling patents? Do I smell war?

Is the domain-name industry heading into a techno-legal battle? 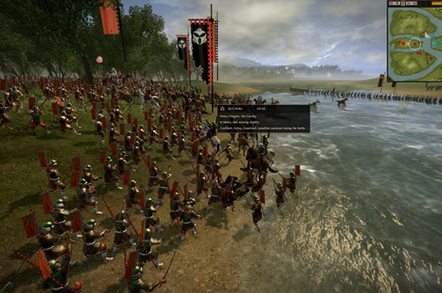 A raft of patent applications has presaged a possible legal war in the rapidly expanding domain-name industry.

This year alone, market-leading registrar GoDaddy has applied for no less than eight patents specific to the DNS world, covering everything from searching for a domain name to register, to recommending a specific domain based on user input.

At the same time, market-leading registry Verisign has applied for a wide range of patents, many covering more technical aspects of the domain name system and also covering commercially valuable ideas like enhanced privacy protections (20150058999) and abuse protection (20150047033).

Meanwhile, the largest applicant of new generic top-level domains, Donuts, has filed a patent application (20140283106) for protecting trademarks in domain names – an increasing concern of large companies with the huge explosion in potential dot-word domain names.

These are just the applications. Last month Verisign was awarded patent 8,949,982 for a "method for administering a top-level domain," which aims to weed out domain-name registrations that are likely to be used illegally.

Meanwhile, GoDaddy recently received patent 8,620,761 – "tools enabling preferred domain positioning on a registration website" – which allows specific domains to be promoted on webpages based on a "quality score," which itself builds on a series of other patents applied for in the past two years.

What does this all mean?

What is striking about the applications, and awarded patents, is that most of them cover what are already fairly common practices in the industry.

GoDaddy's applications for "methods and Systems for Recommending Packages of Domain Names for Registration" (20150039599) describes how most large registrars in the market present domain names to users, particularly if their chosen domain is not available.

In the past six months, the number of internet top-level domains has more than doubled as 500 dot-words – from .london to .xyz – have been added to the roughly 300 that already existed. That number will grow by another 500 in the next six months.

The result has been a jump in competition in the registry market, and the domain-selling arena (the registrar market).

And that is seemingly driving the large incumbents to protect their turf by patenting common methods of touting domains.

Patents, especially in technology, are used to clamp down on emerging competition and new services. If an upstart grows too successful, it's usually accused of violating one or more patents belonging to a larger rival, especially if those documents are broadly drawn. Where there's a hit, there's a writ.

Even when the application of patents does not prevent competition from emerging, it can prove profitable. For example, Microsoft is widely assumed to make more money from the sale of a phone running Android, owned by Google, than Google is due to the patents on technology it incorporates and the license fees paid as a result. ®