Bringing Hadoop in from the cold: MapR is throwing adoption barriers on the fire

V4.1 has three shortcuts to get clusters up and running faster 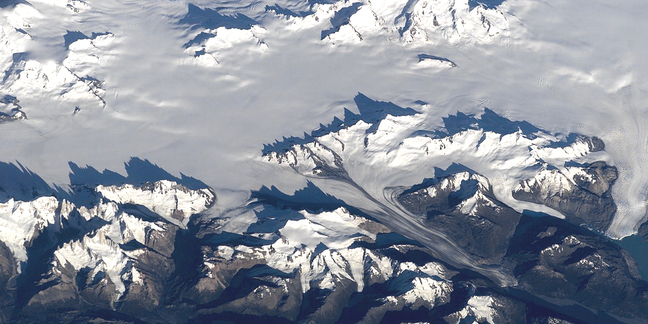 Comment The pace of Hadoop development is relentless. Hortonworks recently has had its IPO. Distribution owners strive to get their version deployed faster. Alliances are forming fast. MapR is extending its own reach by adding features so the software can be adopted more easily.

MapR was founded in 2009 to produce an enterprise-grade Hadoop distribution, and has been aggressively funded and grown: it has raised US$174m from five rounds, plus US$30m to finance its debt during an US$80m series E-stage in 2014. It has some 700 customers.

Meanwhile, Hortonworks, founded in 2011, grew at an even more breakneck pace, and raised US$248m in five rounds. Since the IPO its business performance has not exactly been stellar; it suffered a net loss of US$90m for the final calendar quarter if 2014 on revenues that grew 55 per cent year on year to US$12.7m. Full-year revenues were US$46m, but the net loss was a large US$177.3m.

Before MapR can IPO, it has to grow its business well beyond its 700 or so customers, and show that investors won’t be disappointed.

To that end, the latest MapR Hadoop 4.1 distribution includes:

MapR says its active-active, cross-data-center capability means operational data can be stored and processed close to users or devices, and replicated to a central analytics cluster for larger-scale analytics on enterprise-wide data.

Mixing Big Data with other workloads on a set of servers

Mesosphere has devised a Data Centre OS (DCOS) for managing data center and cloud resources at scale. The DCOS core is Mesos, a distributed systems kernel that abstracts CPU, memory, storage and other compute resources, allowing developers to treat the data center as a single pool of resource.

MapR has got together with Mesosphere to produce Myriad, a resource management framework that allows Apache YARN jobs to run alongside other applications and services in enterprise and cloud data centers.

Myriad is an open-source project built on the idea of consolidating big data with other workloads onto a pool of resources for greater server utilization and operational efficiency. It adds the ability to add YARN jobs to a DCOS-managed server cluster.

That means you don’t have to run big data workloads on dedicated clusters with YARN and other workloads on Mesos-managed servers. You can run them both, MapR says, on the same set of servers: “Web services, streaming applications (like Storm), build systems, continuous integration tools (like Jenkins), HPC jobs (like MPI), Docker containers, as well as custom scripts and applications.”

Florian Leibert, Mesosphere CEO and co-founder, said: “Myriad allows you to run … all of your big data workloads and distributed applications and systems on a single pool of resources. Big data developers get the best of YARN’s power for Hadoop-driven workloads, and Mesos’ ability to run any other kind of workload, including non-Hadoop applications like Web applications and other long-running services.”

MapR says it has provided three shortcuts – Quick Starts – to get Hadoop implementations up and running faster:

Big data Hadoopery is like panning for gold in streams of data with novel equipment and uncertain outcomes. It's amazing it's been adopted as fast as it has. MapR hopes that getting rid of limitations should encourage adoption to grow.

Version 4.1 of the MapR Distribution is available now. For more information visit here. The Quick Starts are available from MapR, and authorised partners worldwide, with pricing starting at $30,000. ®

NoSQL, no problem for Facebook-originating RocksDB

The Register calls for aid, and Microsoft's Rohan Kumar will answer... our questions about SQL Edge and Azure Synapse

Build Slimming down SQL and living on the Edge