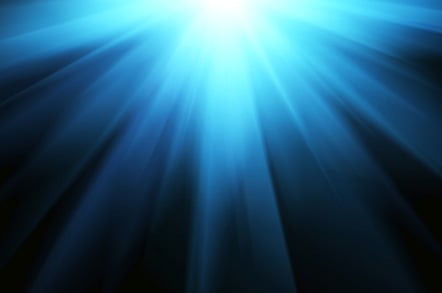 Way back in 2002, we laid our hands on a big batch of these novelty keyrings, and promptly shifted thousands of them. No surprise, then, that some of you still have one or two hanging around the house, and they're apparently still giving forth illumination.

As indeed is our own surviving example, seen here with our plucky Playmonaut and an SPB technician, who's checking to see if the thing really is as harmless as advertised: 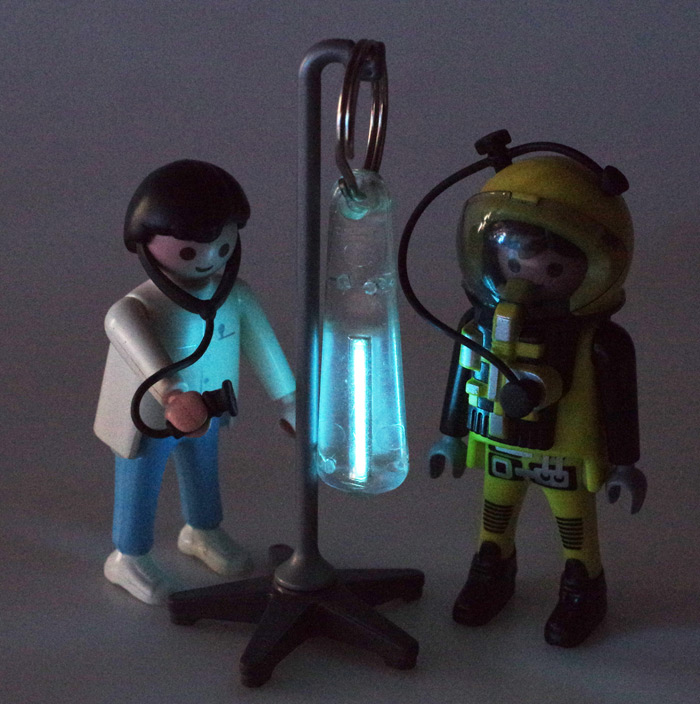 The heart of a glowring is a small amount of gaseous tritium, whose beta particle decay excites a phosphor coating on the inside of a sealed capsule. The half-life of tritium is 12.4 years, so it's to be expected that our piece of history is not shining forth with as much vigour as when it first popped through the letterbox.

Even at full tilt back in 2002 the glowring didn't pose a threat to health. The Federation of American Scientists (FAS) explains: "The low energy of the beta decay means that tritium is not an external radiation hazard, because the charged decay products are stopped by 0.2 mil of water or a similar shield."

There are circumstances, however, where tritium might put a real downer on your day. The FAS says:

Tritium is essential to the construction of boosted-fission nuclear weapons. A boosted weapon contains a mixture of deuterium and tritium, the gases being heated and compressed by the detonation of a plutonium or uranium device. The D-T mixture is heated to a temperature and pressure such that thermonuclear fusion occurs. This process releases a flood of 14 MeV neutrons which cause additional fissions in the device, greatly increasing its efficiency.

Those of you who believe finding your keys on the dark is a far more useful deployment of tritium than destroying humanity can get a new Nite Glowring for a modest £10.99: 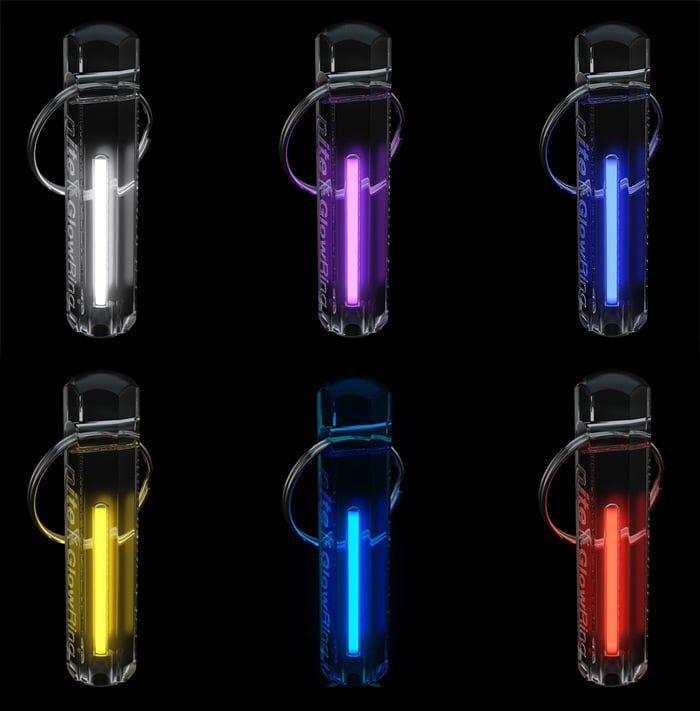 They come in yellow, red, white, purple, ice blue and UV blue, but for reasons we assume are connected to potential amateur thermonuclear fusion experiments, Cash'n'Carrion cannot dispatch them outside the UK.

On the other hand, our virtual emporium can send the £5.99 Mini Glowring anywhere, or rather will be able to as soon as they're back in stock. Judging by the speed at which the first batch flew off the shelves, your lust for atomic glowrings has not diminished with the years. ®

The truth about tritium

GlowRings and weapons of mass destruction

The truth about tritium II

Atomic keyrings: Just how bright are they?

Well, it depends on the colour...