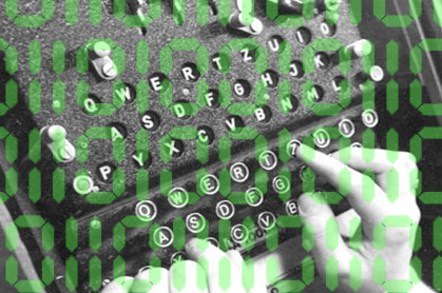 The latest version from the dreadlocked crypto fancier and Co will slap end-to-end encryption on text messages using the TextSecure protocol sent between Signal 2.0 clients.

Marlinspike will now work on melting the popular RedPhone and TextSecure apps into Signal 2.0 for Android, and release a desktop version for PC-goers.

“It is now possible to send end-to-end encrypted group, text, picture, and video messages between Signal on iPhone and TextSecure on Android, all without SMS and MMS fees,” Marlinspike says.

“We cannot hear your conversations or see your messages, and no one else can either.

“Everything in Signal is always end-to-end encrypted, and painstakingly engineered in order to keep your communication safe.”

Text photo video & voice are so good on Signal iOS you might not care it is state of the art encryption. But it is. https://t.co/DV4WRM4gdU

The free app is designed from the “ground up” for mobile environments, Marlinspike says, adding incoming calls are fully asynchronous.

Its crypto code is open source and was redesigned by Marlinspike, and WhisperSystems' boffins Frederic Jacobs, Dr. Corbett Moran, and Tyler Reinhard, along with the GitHub community.

The new app also sports a user interface revamp and is available for only iOS 8 devices.

WhisperSystems warns punters that the app, like so many internet gizmos, may contravene the Wassenaar arms export agreement in certain countries. ®