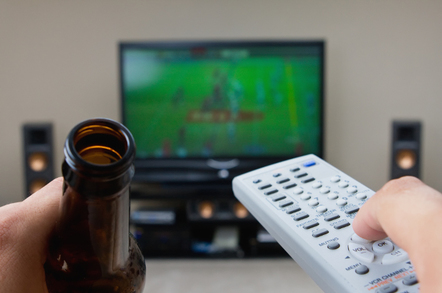 +Comment Usage of mobile data is extremely unevenly distributed. This is the conclusion of a report by the Location Intelligence business unit of a major communications equipment company.

JDSU, which makes test equipment for mobile operators, looked at who is using the most mobile data and where they are using it.

It looks as though people are using mobile phone data in preference to broadband and Wi-Fi in their homes. The top 100 extreme data locations the study reveals that data from "Residential" areas makes up 48 per cent of the total and "Industrial" a further 25 per cent. The "Dense Urban" areas that would be expected to contribute the most data only represent 13 per cent.

It’s not just the locations that exhibit an extreme distribution of the loading on the network – it’s the customers too. Indeed, 90 per cent of all mobile data is consumed by just 8.58 per cent of all users.

The sample JDSU used covers a representative area of over 17,000km2 comprising mixed urban, suburban and rural areas, and looked at 1.6 million users all on one network, Each data connection was broken into segments, and the location for each segment calculated and grouped into "bins" or "tiles" measuring 50m x 50m. The segmentation of connections was vital as a single data connection may last for many hours, with activity spread unevenly between them.

Paul Carter, from Global Wireless Solutions, has some reservations about this sample, saying: “This represents about seven per cent of the UK area but only 2.5 per cent of the population”. He observes: “Wireless operators have access to very detailed network element level statistics – they know how many Erlangs are being carried on each (cell) sector of the network – they know when capacity based blocking occurs and can add network capacity (either at the blocking/neighbour site or by adding additional sites) to accommodate this traffic."

Carter adds: "Network traffic is not, nor has it ever been, evenly distributed. The whole concept of 'Cellular' came about with the overall assumption that networks could be designed in a hexagonal (ie, cell) pattern, but given population density variations and terrain fluctuations, a typical network doesn’t have this uniform pattern – then there are other variations such as venues or shopping mall or highrise buildings where people congregate and create an increase or spikes in network capacity needs – that may come and go from day to day or even month to month.“

One of the interesting findings of the JDSU survey is how balanced the usage is between upload and download. Since the early days of online communications, when modems ran at 1200bps down and 75bps up, asynchronous communications has been the norm. The study also looked at the downlink to uplink ratio for the 100 most extreme hotspots and grouped them into the zones.

The residential ratio of 5.69:1 is much lower than you would expect from an environment where people are streaming. Watching Netflix on their iPads in bed or whatever.

It has previously been theorised that the tiny proportion of people using extreme quantities of mobile data on their devices are doing so to pirate movies, as they don’t wish to be seen to be doing so by their ISP. This has been held responsible for the end of “unlimited” tariffs on mobile. Given that a 4k film can be 300Gb, that would make sense.

The lack of extreme asymmetry if this the case could, in theory, be accounted for by torrenting, where people are uploading while downloading to share content.

The data shows the problems mobile networks have with providing geographic coverage with mobile data. For example, there will be significant capital expenditure for parts of the network that will be lightly used.

Gavin Ray, from Cambridge-based femto cell manufacturer ip.access, told El Reg: “The data tells us that operators are growing macro networks with vast blanket investment to get blanket coverage but the inequality of usage means that the majority are paying for the minority's excess. The beauty of a shift to small cells is that the inequality is rebalanced. The highest users will increasingly saturate only their own cells, which means they impact others less and the system gets fairer.

"It also means the operators target investment in capacity where it's needed and their capital efficiency rises. Feels like a win-win, and fairness is hard to argue with.” ®