Netflix names the day for its first antipodean transmissions 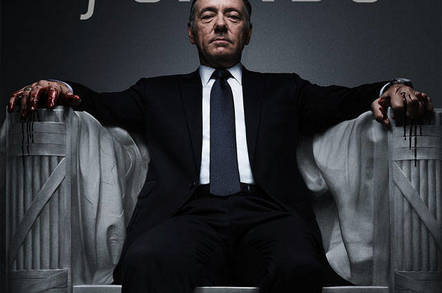 Netflix has named the day on which its Australian (and New Zealand) service will commence: March 24th, 2015.

Smart TVs from Samsung, LG, Sony, Panasonic, Philips and HiSense, plus Fetch TV’s second-generation set-top box, will all be able to access the service. Netflix's home-brand shows will be offered locally, along with content from the Australian Broadcasting Corporation (ABC).

Customers of iiNet, Australia's third-largest internet service provider (ISP), will be able to watch the service without downloads counting against their monthly data allowances. That's a big win for the junior ISP, which has long struggled to match larger rivals' content offerings and has also run the line that piracy will cease if studios make their output easily available at a decent price.

We don't know if iiNet's arguments will hold water because Netflix says its pricing will be revealed on launch day. It has, however, revealed that gift vouchers will be sold in denominations of AU$20, $30 and $50, and that it will offer the following plans:

Netflix's arrival in Australia is sure to spark new debate about local broadband infrastructure, especially if ADSL users report strong, uninterrupted, streams, or the lucky few connected to Australia's national broadband network do not. Proponents of a fibre-to-the-premises national broadband network will be hoping such users don't get to watch much of the new season of House of Cards, which could impact goings-on in Australia's own political circus if Communications Minister Malcolm Turnbull is forced onto the defensive. ®