Tablet coming later this year, but will it be competitive? 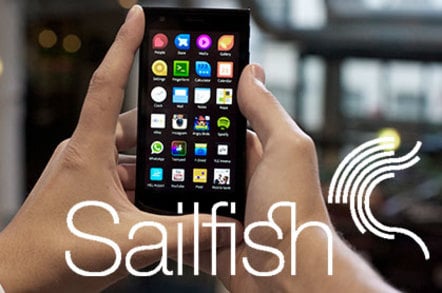 MWC 2015 Jolla, the smouldering platform which was born out of Nokia’s decision to go Microsoft, has announced its new version of the Sailfish OS.

The special ingredient in version 2.0 is security, achieved via a deal with Finland's SSH Communications Security, the company which provides internet-based secure end-to-end communications, and best known for the Secure Shell encrypted communications protocol.

There will be a “security-hardened” version of the OS for governments, businesses and privacy-conscious consumers. Jolla is its first foray into mobile.

Jolla has raised $50m mainly from Finnish private investors, with the revenue stream for the company based on a licensing model.

This might be tough to make work, as Microsoft gives its OS away for free to tablet makers.

The organisation's independence (it's not owned by a big corporation set on exploiting data, so users should feel comfortable with it) is thought to be the main reason why people have bought the Jolla phone and funded the up-and-coming tablet, scheduled to ship later in 2015.

The company is a little shy about announcing sales figures for its “successful” smartphone, claiming confidentiality issues with the partners which resell it, and nothing to do with how small or big those numbers might actually be.

Jolla claims that Sailfish is now ready for the prime-time and so is inviting powerful, regional internet players, particularly those with a mobile payment angle, to become partners, and build an ecosystem which will be regionally aware and work on a revenue share.

It sees the support for regional payment systems as a USP, and because it’s open source there is a route for partners to be deeply integrated. No deals have been signed, and indeed it’s hard to tell if anyone from the banking industry has even shown an interest. This is certainly a “build it and they will come” proposition.

There is virtually no native support for Jolla, but there is a route to running Android apps which Jolla says multi-task much better under Sailfish than under Android.

The one big partner is Intel, and you have to admire its perseverance. Sailfish used to be Meego, a project between Nokia and Intel. The good ship Jolla might be substantial with 128 employees, but it’s no multi-national megacorp. Yet.

Jolla has a newish tablet in the offing, but it’s hard to see it being any more successful than the Blackberry Playbook or Surface RT, both of which were also excellent devices. The $250 price point and specs are competitive enough now, but shipment is three-to-six months off and they may not be then.

It might be a while before investors make any money. Watch this space. ®