Groovy Java guy off for Restlet

Project now the leader of the pack following withdrawal of funding 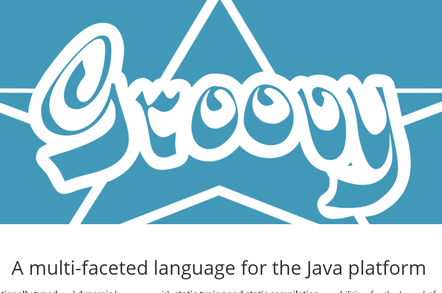 Guillaume Laforge, leader of the Groovy project, is joining Restlet, a small company which supports the open source Restlet framework.

The Restlet framework is used by Java developers to create web APIs, such as those which provide cloud services to mobile and web applications. It takes its name from REST (Representational State Transfer), a technique for building web services, usually based on HTTP, that are web-friendly and easily called from JavaScript or other languages. The Restlet framework includes a Java client for Android and other platforms.

Groovy is a dynamic language which runs on the JVM (Java Virtual Machine), which Laforge says was downloaded 4.5 million times in 2014. It is also used by Grails, a web application framework. Laforge used to work full time on Groovy, until sponsor Pivotal announced that it was withdrawing funding from April 2015.

In a blog post, Laforge says: “With Pivotal divesting in the Groovy and Grails technologies, I started thinking about big, new challenges I could tackle.” He will continue to use Groovy in his work at Restlet, but his work on Groovy itself will inevitably reduce.

With the loss of financial backing and now its full-time project leader, what is the future for Groovy itself?

“Groovy will live on and continue to be developed in the open,” Laforge told The Reg. “There are a handful of companies interested in getting the Groovy and Grails developers on board, to keep the teams working full-time on the projects, so this is pretty promising for the future of Groovy.

“The language and platform is very mature, so we're not planning key big bang new features, but we'll be focusing on improving the dynamic runtime and rewriting the grammar of the language (still the same syntax though). With that new grammar, we'll be able to more easily support additional features coming from Java 8.”

Laforge notes that “Google decided to choose a Groovy-based build tool to let Android developers build their mobile applications,” and that Android support in Groovy 2.4 may broaden its appeal. ®