FCC says cities should be free to run decent ISPs. And Republicans can't stand it 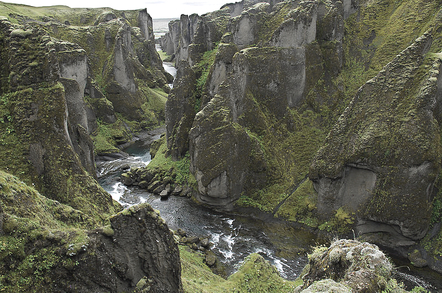 Analysis A decision by the FCC has opened up a partisan chasm by quashing US state laws that hamper the rollout of city-owned broadband.

The commission declared on Thursday that laws passed in North Carolina and Tennessee were unfair barriers to broadband deployment. In so doing, it has put itself in the middle of two classic American fights: state versus federal; and corporate might versus public interest.

“It is disturbing, yet not surprising, that the FCC and Chairman [Tom] Wheeler are attempting to deny the sovereign right of states to make their own laws,” said Senator Tillis. He was speaker of North Carolina's House of Representatives when the state passed a law that restricted the building of high-speed broadband networks owned by individual cities.

Representative Blackburn took much the same line: "We don't need unelected bureaucrats in Washington telling our states what they can and can't do with respect to protecting their limited taxpayer dollars and private enterprises."

Meanwhile, in the wake of the FCC decision on city-run internet, telcos and ISPs are mounting a legal challenge to the ruling – and have been playing to a Republican base.

"If you allow municipalities to expand their networks beyond their footprints, it is very similar to Obamacare, where you allow government to step in and invest untold amounts of money into something that already exists while stifling further private investment and threatening further private-sector job creation opportunities," Bruce Mottern, manager of state government affairs for TDS Telecom in Kentucky and Tennessee, told the Chattanooga Times Free Press.

Same as the FCC

The arguments are the same too: on one side, internet providers are abusing their influence and financial might to get laws passed that restrict competition from state-run companies; on the other, the federal government is interfering in state issues, and municipalities should not be messing in the free market. Both sides also share compelling arguments.

Democrat-backed Commissioner Mignon Clyburn highlighted that the restrictive laws – which are on the books in 21 states in one form or another – are suspiciously similar. "What is striking," she said yesterday, "is that the language in all of these bills is nearly identical. The only thing that has changed is the lack of bipartisan support."

The implication, of course, being that ISPs are running a concerted campaign and using partisan politics to cloud their commercial imperative.

On the other side, Republican-backed Commissioner Michael O'Rielly sees it as unwelcome entry into both the free market and state law: "Let me start by expressing my profound opposition to the offering of broadband or any communications service by a government entity, in this case a municipality. Some people like to talk about the principles of network compacts, but this issue goes to the core of more important principles: the foundations of the US economy and free enterprise."

Getting to the heart of the matter, many of the state laws passed appear designed to undermine municipal ISPs.

Others impose a range of bureaucratic hurdles, such as having to run a special referendum, and organize public hearings, pilot projects and cost-benefit analyses before setting up a broadband service.

Each law is justifiable within itself: it prevents the free market from being undermined; stops government creep; protects taxpayer money, etc – but together the rules form a patchwork that effectively make it impossible for municipal ISPs to compete.

It has not been hard for people to find examples of where the laws create stark discrepancies.

"What we're looking at here in Tennessee are people who are literally a tenth of a mile off of our system who have no Internet access," Harold DePriest, chief exec of EPB, Chattanooga's city-owned power utility, told the Washington Post.

FCC chairman Tom Wheeler started his statement with a quote from Mayor Gary Fuller of Opelika, Alabama: "How does Opelika, a city of fewer than 30,000 people, offer internet speeds 100 times faster than the national average?"

The local news station in Chattanooga discovered Richard and Brenda Thornton, who pay $316 a month for their internet access, but could get the exact same services for $133 a month from a municipal supplier. And what’s more, the local cable company refused to extend its broadband service to their house.

All of this comes following the publication of stats that show competition in broadband services, especially at higher speeds, is very limited across the United States, and that the US continues to lag much of the rest of the developed world in broadband provision.

At the macro level, it is the combination of the United States' huge size and its inherent distrust of government in favor of the free market that has led to the current situation.

The collapse of a commercial ISP would be viewed by most Americans as a minor consequence of a free market; but losses incurred by a municipal supplier, funded by taxpayer dollars and then possibly requiring a taxpayer bailout, would be unacceptable.

As Senator Tillis highlighted today in his proposed legislation that the City of Wilson – whose petition to the FCC started the ball rolling – only made a profit of $720,000 in 2013, having lost nearly $7m over the previous five years of operation.

The bigger issue, and one that played out decisively and very publicly at the Federal Communication Commission on Thursday, is that internet access has become so essential to many people that the vagaries and tough realities of the business world seem somehow out of place.

While the comparison to Obamacare may seem ridiculous, it points to a bigger philosophical split: how far should the government go in aiding society?

The current majority in the FCC clearly believes that the internet is a service that we should make sure is provided to as many people are possible at the lowest cost possible. The possible future majority of the FCC will almost certainly see things differently. ®