DWP chucks more money at car crash of a programme 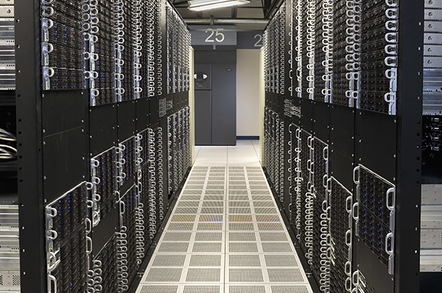 Reseller and IT services outfit SCC has won a two-year hosting deal for the Department for Work and Pensions' (DWP) troubled universal credit programme for a sum worth "over six figures".

The deal was awarded through the G-Cloud and is part of the DWP's next "digital service" phase of the programme, which is currently being tested in Sutton, south London.

So far the department has written off hundreds of millions of pounds of tax payer's money through IT investment in the programme.

According to the National Audit Office it has spent £344m with IT suppliers, of which just £34m will be re-used. The watchdog has said more than £600m could be written off in total.

Martin Parker, public sector head at the company, said the contract was a "significant win" for SCC, adding that it's "a testament to our capabilities to win a contract like this".

SCC will provide infrastructure-as-a-Service (IaaS), service desk support, and disaster recovery (DR) capability. The company will then integrate the programme over the public services network, it said.

The company is already a supplier for the DWP's Work Programme, providing digital services to 700 job centres.

The DWP has so far spent £700m on universal credit since it began in 2010, with just 0.3 per cent of the eligible population using the system.

Since "resetting" the chaotic programme in 2013 by introducing new management and timescales, the department has already fallen a further six months behind schedule, said the Public Account Committee this week.