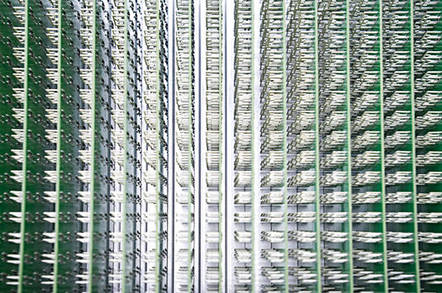 Erstwhile TV streamer Aereo has held the auction to sell off its remaining assets to help cover its debts.

The results: not so good. The company was able to get just US$1.54m for the sale of its trademarks, patents, domains and customer lists. A trio of companies, including DVR-maker TiVo bought the assets.

According to a filing (PDF) in the New York District Bankruptcy Court, the company and its attorneys sought to auction off what little of value it had left.

Aereo had argued, unsuccessfully, that because each user purchased a tiny antenna (housed in an Aereo datacenter) they were watching an over-the-air broadcast and not an illegal stream.

Its service barred by the courts, the company was soon forced to shut its doors and last November formally began the bankruptcy process.

With the streaming service offline and most of its employees having long since moved on, Aereo has been left in the hands of lawyers to sell off what remaining items of value the it has to help cover debts.

Most of the money in this latest sale came from a million-dollar deal with TiVo. The company agreed to turn over its "trademarks, domain names, and customer lists" in the deal.

Another $225,000 was raised through a deal with patent-holding firm RPX Corporation to hand over its patent portfolio, while US IT services provider Alliance Technology Solutions will pay $320,000 to haul away Aereo's hardware equipment and keep what it wants. ®