Want not-spots washed out? Well, we have to put 'em somewhere, NIMBYs 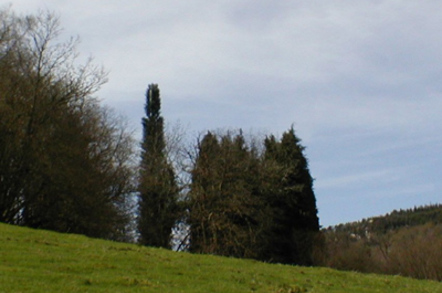 The Department of Culture, Media and Sport has announced a consultation (PDF) on reforming the Electronic Communications code. This is crucial ingredient to the “landmark” not-spots deal announced at the back end of last year.

Most of the parts of the package in the deal were things which were going to happen anyway, but one stood out: Geographic coverage increased to 90 per cent. This may have been watered down, with the definition of coverage a signal strength so low you might not be able to hear a call and no measures on sound quality, but it’s still a major change for the operators, which had always been measured on population rather than geographic coverage. It's only voice but EE has gone one better and said it will do 90 per cent data coverage too.

The quid pro quo for this was that the government would look at two of the issues which really upset the operators. The first was spectrum pricing and the second was the Electronic Communications Code. While the networks committed to a hard date for the coverage obligations, albeit one which slipped a year when you looked at it properly, the DCMS made no such commitment as to when it would look at pricing and code, saying instead “at the first opportunity”.

Both Ofcom and The Ministry of Fun has leapt into action and launched consultations. The Ofcom one gives recommendations that no changes should be made to the 245 per cent price hike in fees. The DCMS consultation document doesn't make any recommendations.

Both consultations close in April, so close to the election that it'll be a while before they get actioned. The best part of a year between the deal last year and the reform is in stark contrast to the timing favoured by Vodafone CEO Vittorio Colao, who wants this done quickly, as it's the type of thing that's "very easy and the Government can do it in a heartbeat”. Although one industry commentator quickly retorted that for government, a year is pretty close to a heartbeat.

The previous recommendations by the Law Commission two years ago recommended that a revised code would: provide a clearer definition of the market value that landowners can charge for the use of their land; clarify the conditions under which a landowner can be ordered to give a designated network provider access to his or her land; resolve the inconsistencies between the current Code and other legislation; clarify the rights of landowners to remove network equipment from land; specify limited rights for operators to upgrade and share their network equipment; and improve the procedure for resolving disputes under the Code. While the Law Commission report was ignored at the time, it is referenced in the consultation document - which will be a worry for the mobile networks as it heavily favours landlords.

The issue of landowners having control over what equipment the network installs is a thorny one. One interested party told us, “It’s like your landlord putting your rent up because you’ve bought an HD TV.”

One network told us that if they were going to be regulated like an essential utility they needed to be granted the same rights of access as the other utilities.

No one disagrees on the idea that the code needs to be reformed and such changes are overdue. Dev Desai, senior associate at lawyers Pinsent Masons, who has been tracking the ECC, told us: “The consultation paper and questions go to the heart of some of the key issues which stakeholders immediately raised when the Government released published the new Code.

"It is hoped that, on this occasion, the Government will give careful and thorough consideration of formal responses to the consultation. If so, it should result in a much-needed new Electronic Communications Code which properly and fairly regulates the relationship between operators and site providers in a way that is fit for purpose for the delivery of current and future telecommunications services.“

“We welcome the Government’s publication of this consultation," said a Vodafone spokesman. "This out-of-date law needs to be modernised to ensure the country gets the connectivity it needs. Currently the law doesn’t lend the support we need to invest, build, upgrade and maintain our fixed and mobile network. We will continue to talk to Government about the need to act quickly to introduce a code that is pro-coverage."

In fact, all the networks welcome the progress. They want better access to cell sites, higher antennas and to be able to put what they like on the land they have rented. The document reflects a desire for site-sharing, on which the mobile operators have a good track record. However, sites can only be shared if it suits the radio planning of the sharing networks and given that they have different frequency allocations they are always going to need to look at sites that are not shared.

If the spectrum pricing and ECC don’t move the way the operators hope when they signed the not-spots deal, they will have been truly sold down the river. Perhaps an incoming government won’t care.

As ever, the regulation is playing catch-up. While the mobile industry is busy talking about het-nets and 5G, the new rules are looking at architecting for what we have today. Getting a revised ECC through is too urgent to start the navel-gazing at what might be needed at 35GHz and beyond, but perhaps once this is through it will be time to start looking at how those requirements might impact an ECC for 2025. ®