Don't pay for the BBC? Then no Doctor Who for you, I'm afraid 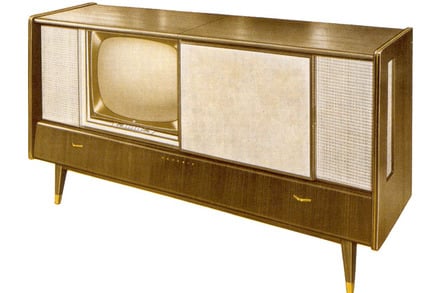 Parliament's Culture Committee has revived the idea of "conditional access" for BBC TV services – which means that if you don't pay, you won't receive the full package.

MPs argue that with UK Magistrates Courts rammed with thousands of non-payers a year, conditional access would be cheaper and fairer than the current system, which lands people with a criminal sentence for refusing to pay a media corporation for products and services that many of them don't use.

MPs say the current system is "anachronistic and out of proportion" compared with non-payment for other services. Many households now take out multiple subscriptions for media services, such as Now TV, Netflix or Spotify. Only one remains compulsory: the BBC.

MPs recommend that conditional access should be explored as part of the BBC's Charter Review.

"Introducing a means of authorising access to television services would solve the criminalisation issue associated with non-payment of the television licence," the DCMS Select Committee reports in its year-long investigation into the future of the BBC.

"However, as there would be significant costs attached with the widespread introduction of conditional access technology, the Government would need to decide over what time-scale it should be introduce," it added.

MPs note the admission of former Director General Greg Dyke that the BBC rushed to create Freeview "to introduce set-top boxes incapable of turning the BBC's channels into 'pay as you go' services at a later date".

Parliament voted to decriminalise licence fee evasion recently, but the plans were shelved for two years in the (unelected) House of Lords, after receiving a majority vote in the (elected) House of Commons.

Elsewhere in the report, MPs are strongly sympathetic of an independent BBC. In the most scathing part of the report, the BBC is castigated for allowing itself to be bounced into a rotten settlement in 2010 "behind closed doors", and without consulting viewers or Parliament.

The settlement froze the licence fee and saddled the BBC with additional costs: paying for BBC Monitoring, the World Service and S4C, as well as bumpkin broadband and local TV.

The secret negotiations were concluded within weeks by then-Director General Mark Thompson and former culture secretary Jeremy Hunt. The DCMS blames the Trust for not "stand[ing] its ground", despite its legal obligations.

"It is unarguable that the BBC Trust did not carefully and appropriately assess licence fee payers' views or observe high standards of openness and transparency in this instance. As a result, the Trust's representation of licence fee payers' interests, its exercise of rigorous stewardship of public money, and its independence, are all subject to question," said the body.

"Had the Government attempted to force through a lower licence fee in short order, in the face of the Trust exercising its fundamental Charter duties, we believe it would have faced adverse public reaction, especially if the Trust resigned, or threatened to resign, in protest," they added.

The Committee says the Trust should be replaced. It also revives the idea floated six years ago in the Carter Review of "top slicing" – maintaining a compulsory element to revenue collection, but then sharing the proceeds with several recipients.

MPs were wary about changing the revenue mechanism from a compulsory (in all but name) model it into a voluntary subscription scheme.

"There currently appears to be no better alternative for funding the BBC in the near term other than a hypothecated tax or the licence fee," it said.

Next page: The secret history of conditional access
Page:
Tips and corrections
156 Comments