Visa: One million bonks a month for Europeans from next year 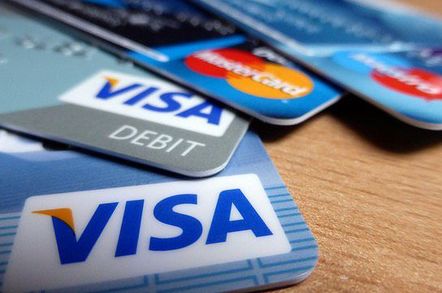 There is a quote attributed to Visa International that NFC has had “more pilots than the RAF”. Well, that may or may not be true, but what's beyond doubt right now – according to Jeremy Nicholds, Executive Director, Mobile, Visa Europe – is that people will soon be using mobile phones to tap to pay.

And he’s prepared to put a number on it. He says that by next January, there will be a million monthly users of NFC on their mobes across Europe. That isn’t a particularly big number (Oyster sees many millions of contactless card payments every day) but in bonking terms it’s a lot.

Tfl told El Reg that of the first million contactless credit card payments, only around 0.01 per cent used a phone to bonk.

Nicholds' bullishness mirrors many previous predictions that NFC was coming to a phone near you, but this time, he argues, it’s different.

He says that people are getting used to using their cards to pay with contactless payments; that there is an increasing number of phones which support the technology; and most importantly, retailers now have contactless point-of-sale terminals.

To help support the technology, Visa Europe will launch a payment tokenisation service, a technology which is often used by websites to support recurring billing. The rules for storing credit card details – name, long number, expiry date and CVV code – are strict, and are formulated as the Payment Card Industry Data Security Standard (or PCI DSS).

Only certified companies can hold these. Less onerous is holding a token: a website or app can send the details to a PCI DSS compliant service and the service sends back a token which that retailer can use to make further charges to the card.

Crucially, however, it won’t be holding the details in a form which could allow the card details to be used unscrupulously with other retailers.

Despite it being a widespread practice, Apple announced the use of tokenisation as part of the special sauce for Apple Pay. Visa Europe will be launching its tokenisation next week at Mobile World Congress and it will be available to European financial institutions as of mid-April 2015.

While Nicholds claims that all pieces are in place for bonking to go ahead, he says that some of the business models still need to be thrashed out. It’s reported that Apple earns 0.15 per cent on every transaction. Without committing Visa, Nicholds believes that this will be among a number of models adopted by a number of payment processors to encourage handset manufacturers to continue support for NFC.

We've heard predictions for massive mobile money usage for more than a decade, and while it hasn't gone away – unlike push-to-talk, ringback tones and UMA – it's still insignificant in usage measured by both mobile phone and banking world metrics.

However, maybe by this time next year Rodney, we'll all see a million users. ®