Blighty bank wings it with Pingit for twits 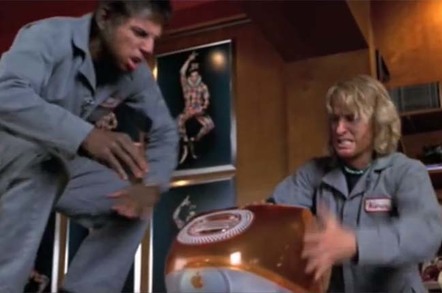 UK banking giant Barclays has confirmed plans to allow Brits and small businesses to use their, er, Twitter handle to make payments online.

Customers who use Barclays' mobile payment service Pingit on Android phones and iOS slabs will be able to pay others via Twitter as of 10 March, the bank said.

We are always on the lookout for new and exciting ways to make people’s lives easier and customer feedback plays a big part in how we chose to further develop our apps.

Adding the ability to pay people or a small business using just a Twitter handle brings together a social and digital experience to create a new step forward for mobile payments in the UK.

Apparently, the transaction is simple. A Pingit user – who doesn't have to be a Barclays customer to access the service – only has to take three steps to make the payment to a fellow Pingit punter.

The Register notes an obvious flaw is this process, however. Mistyping the Twitter handle could prove to be bad news for a customer's wallet.

To date, Barclays claimed that Pingit had been downloaded over 3.7 million times since its release in 2012, with over £1bn apparently being sent using the app. ®