The big V flicks V-sign at upstart over 'ad lies' 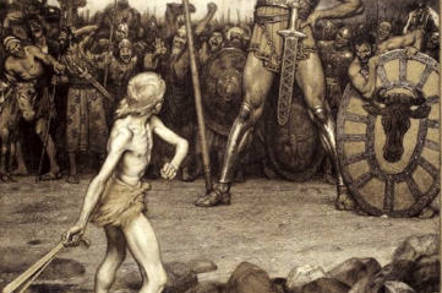 In its lawsuit filing [PDF], submitted to the eastern district court of Virginia, Verisign claims the biz behind .xyz has violated the Lanham Act, which outlaws trademark infringement and false advertising.

Dot-xyz is also accused of damaging Verisign's brand and goodwill in a string YouTube ads.

Central to the complaint is an online advert that compares an old beaten-up Honda Accord with a new Audi R8 Spyder. The Accord has a ".COM" license plate and, of course, the sexy Spyder a ".XYZ" plate.

Verisign takes offence at these and other claims made by .XYZ. They include a careful misquote of an interview with NPR that dot-xyz apparently placed in online ads, which read ".xyz is the next .com", and claims that it's 800,000 domains were "registered" when in fact the company created most of the domains and "gave" them away for free to the owners of the namesake dot-coms domains.

What's more, it's claimed "the deception caused by the false and/or misleading statements of fact, as described above, have, or are likely to, influence domain name registration purchasing decisions."

Last July Verisign sent a letter [PDF] to Daniel Negari, CEO of .XYZ, telling him not to use negative images of dot-com domains in his advertising. According to Verisign, he never responded, so now Verisign wants dot-xyz to be "ordered to disgorge their profits and other ill-gotten gains received as a result of this deception on the consuming public."

In response to the 15-page legal complaint and 13 exhibits, Negari provided a paragraph-by-paragraph denial [PDF] of all the substantive allegations using the same few phrases repeatedly, putting forward nine defenses claiming, among other things, first amendment rights, "unclean hands", the "doctrine of estoppel."

The big question is why Verisign is using its full legal might to pressure a competitor.

If it was genuinely concerned over the accuracy of the company's advertising, the typical course of action would be to complain to the Federal Trade Commission (FTC).

Despite .xyz's very high number of registrations, it is not a real competitive threat to Verisign. The vast majority of .xyz registrations were provided at no cost and the expectation is that they will have a very low rate of renewal when people are asked to pay to keep them.

It does appear that despite continued dominance of the domain name market, Verisign is feeling some pressure from its competition – even though registration figures show new dot-word domains are having no discernible impact on dot-com sales at all.

In recent months, Verisign has been putting out blog posts highlighting that availability of dot-coms, even running a competition offering thousands of dollars to people that register interesting new dot-coms. It has also gone to the trouble of pointing out that many new gTLD registrations do not resolve to actual websites, and argued that there is little new in the new domain endings.

Most likely, however, is that .xyz is a big and easy target. It is the largest new gTLD registry but has limited resources. Despite Negari's response, he is not in a position to fight a lawsuit with Verisign to the bitter end.

The real goal may be the bigger new competitors in the market, including Donuts, whose CEO has been making similar claims that dot-com's days are over. With many new gTLD companies planning big marketing pushes in 2015, Verisign may be sending a signal to the market: diss us at your own risk. ®

On 26 October, District Judge Claude M Hilton ordered that the case be removed from the trial docket. A memorandum opinion and order was on its way at the time of publication. We'll update when it's filed.