Boffin: Use my bionic breakthrough for good, and not super cyborgs

Volunteer amputees get neural implants to wield mind over matter 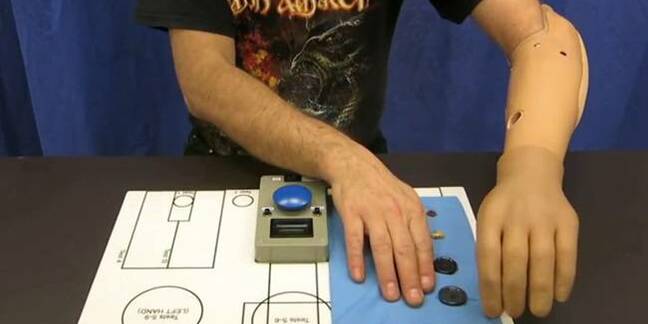 "Bionic reconstruction is a holistic concept that covers more than just surgical technique," said Prof Oskar Aszmann, MD, Head of the Christian Doppler Laboratory for the Restoration of Limb Functions at the MedUni Vienna's Department of Plastic and Reconstructive Surgery.

“It involves complex neuromuscular activities that makes possible an interactive interface between humans and machines."

Aszmann performed surgery on three volunteers whose hands were crippled due to damage to the brachial plexus, the bundle of nerves that connect the spine to the arms and hand. A few residual nerves remained, but not enough for any useful control, only generating a few nanovolts, he reported in a research paper published by The Lancet.

In each case, the team grafted muscle from the subject's thighs onto their arms, to boost the nerve fibers present along the length of the arm and amplify their signals, and then let it heal. The patients then spent nine months learning to control the new muscles and interconnected nerves using an arm-mounted sensor pack. 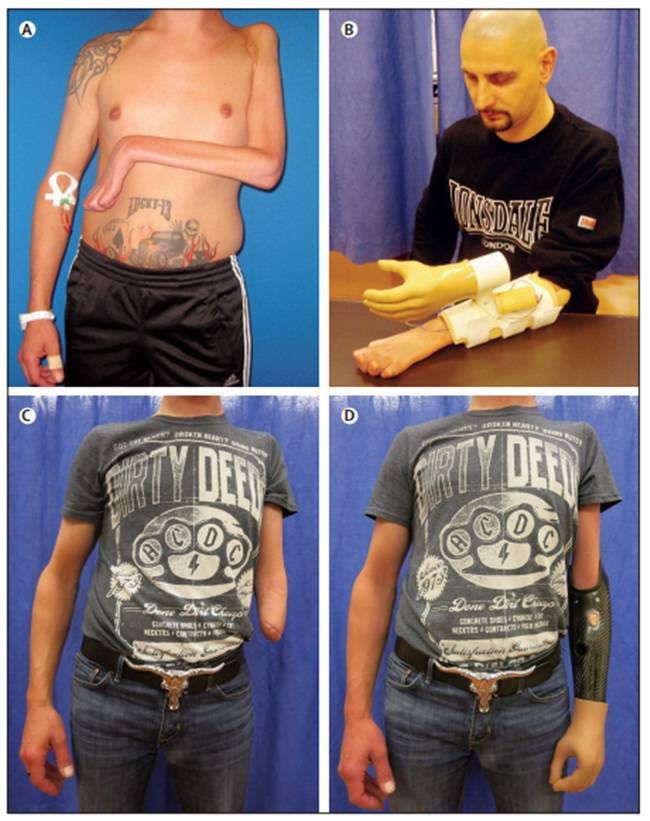 The long road to mobility

Once that skill had been mastered, the men were each connected up to a prosthetic hand and had to learn how to twitch muscles and nerves in concert. This gave very limited function feedback, but trained the brain in how to make the hand work again.

Finally all three men had their knackered hands cut off in an elective operation. Performing the surgery allowed the team to pick the very best spot to attach the robot hand onto muscle and nerve fibers for maximum efficiency.

Three months after the operations, all three patients had significant success with the new hands, and mobility tests reported nearly two-thirds the function of a normal hand. Further, a functioning prosthesis brings psychological benefits.

"Patients often experience severe phantom pain," Aszmann said. "This pain disappears with the bionic reconstructions, since the phantom is being replaced by the restored functionality of the hand."

With over 70,000 nerve fibers controlling hand movements, returning full control isn't possible, but a little goes a long way. Aszmann said he doesn't want to see the technique used to augment healthy humans, since such experiments are – in his view – unethical and do more harm than good.

"We are seeking to restore defects, not make healthy people even better," he said. ®