Out with the new, in with the old in Helion-land 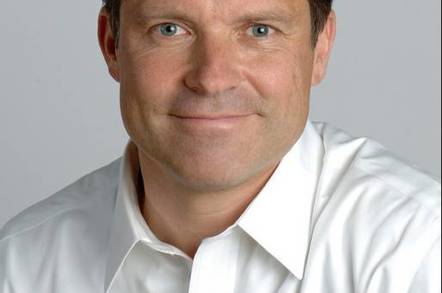 Leadership at HP's cloud division is in flux once again, with senior vice president Mårten Mickos backing away from day-to-day operations of the unit and familiar faces stepping up to take his place.

"As we look at both the short and long term strategic direction of our business, the time is now to open up some additional bandwidth at the leadership level to focus on placing some longer term bets," Mickos said in an internal HP memo obtained by The Register on Monday.

Going forward, the memo said, Mickos will be focused on "customer engagement and advocacy and the different communities required to accelerate HP's progress."

"My personal passion is identifying disruptive companies that transform the technology landscape," Mickos wrote. "I'll be playing a key role in a new HP initiative currently under development to reach and support those companies."

The reshuffle comes less than six months after Mickos joined HP as part of the tech titan's acquisition of cloud computing software startup Eucalyptus. Mickos had been serving as CEO of Eucalyptus since March 2010, following an eight-year run as top dog at MySQL.

It was also unexpected. Less than a month ago, HP CEO Meg Whitman announced the executives who will be in charge once HP is split into two companies, and Mickos was tapped to "lead HP Helion and the cloud organization."

Still, the Eucalyptus gobble was always a mysterious move for HP. Eucalyptus is open source software for building cloud computing environments that are compatible with Amazon Web Services (AWS). But HP's Helion cloud offerings are based on a mix of HP's own proprietary software and rival open source offering OpenStack, not Eucalyptus.

What's more, although early versions of Helion included support for some AWS APIs and interoperability with Eucalyptus tools, HP dropped those components around the same time it announced public availability of its cloud.

Mickos' arrival didn't do much to change the status quo in HP's cloud division – including its stance on AWS compatibility – and his move toward an advocacy role seems to signal more business as usual.

Taking over product management for Helion will be former Microsoft man Bill Hilf. No surprise there; he was the one handling the job before Mickos came on board. Heading up sales will be Kerry Bailey, another HP senior cloud veep. And Mark Interrante, a former Rackspace exec who joined HP in July 2014, will manage the Helion cloud engineering teams.

Mickos' memo said he expects the three execs to "jointly" handle operations of HP's cloud unit. Ning Wang, who currently holds the title of chief operations officer of the unit, will step down "to take on another opportunity to be announced soon."

Although the memo El Reg saw was marked "for internal use only," the timing of HP's latest musical chairs is suspiciously convenient. The firm plans to announce earnings for the first quarter of its fiscal 2015 following the closing bell of the New York Stock Exchange on Tuesday. ®