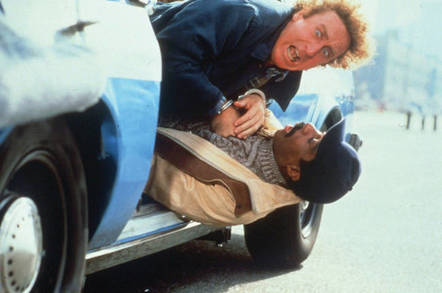 BT has finally fixed a snag in its Home Hub 5 more than 12 months since customers began complaining about mystery disconnections that were hampering the wireless router.

When The Register reported on the technical cockup in February 2014, BT was quick to dismiss the gripes by telling us it was "not aware of any issues" with the kit.

Since then, we've heard that BT subscribers have continued to moan about looped reboots on the Home Hub 5 only to be largely ignored by the one-time national telco, it has been claimed.

However, on Monday, BT finally issued an update that it said would fix the flaw in its wireless router.

We have now rolled out a fix to all customers who were experiencing performance issues on their Hub 5As. Your service should now be back to normal.

We apologise for this issue and thank you for your patience.

Reg reader Stan flagged up the fix to us. "BT appear to have solved the long running issue with the OpenRG drop out problem," he said.

A few days ago, we heard from Reg reader Adam, who told us that BT had continued to wave away complaints with the claim that only a few subscribers had been affected by the router defect.

"By a 'small number of customers'," Adam claimed, "they mean all customers on HomeHub 5 type A routers, on Infinity – and by 'occasional loss' they mean enough dropped connections to make streaming, VoIP, and VPNs unusable."

The Register has not been able to confirm whether all HomeHub 5 type A users on Infinity were affected, but has seen several complainants on forums mention using type A routers (see here too).

He added: "The relevant firmware 'upgrade' was pushed out on 21 Jan and only one of the three people I’ve spoken to their side was even aware of the problem – still awaiting a fix."

The Reg has separately heard from other readers who have claimed that BT continued to deny there was any problem with its Home Hub 5 late last year.

We've asked BT to explain why it took so long to acknowledge the glitch and finally update the router with a fix many months after complaints began to stack up on its customer forum. But the telecoms giant hadn't got back to us at time of publication. ®

A BT spokeswoman told us:

The recent issue where customers were experiencing dropped connection is completely unrelated to the reports mentioned by The Register in the article a year ago. The recent issue was identified last week based on customer feedback and a fix deployed rapidly over the weekend.