May the fourth be with you: Torvalds names next Linux v 4.0 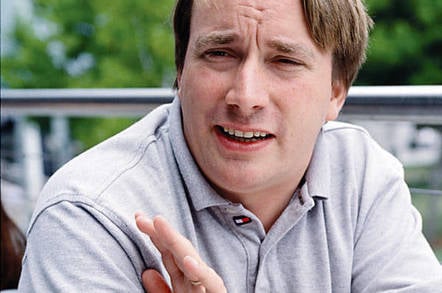 Linus Torvalds has decided it's time for version 4.0 of the Linux kernel.

The Linux lord has been wondering about Linux kernel release numbering for a while, notably in a Google+ post last week.

He now seems to have taken the plunge, by declaring that the version of the kernel he's working in is “Linux 4.0-rc1” in this post to the Linux Kernel mailing list.

Referencing the poll we linked to above, in which 56 per cent of respondents said they felt the time is right to go for four, Torvalds writes “People preferred 4.0, and 4.0 it shall be. Unless somebody can come up with a good argument against it.”

“So far, the arguments against it seem to have been 'major numebr [sic] should go with a major new feature or breaking of compatibility', which just shows how little people know. We don't break compatibility, and we haven't done feature-based releases since basically forever.”

“On the other hand, the strongest argument for some people advocating 4.0 seems to have been a wish to see 4.1.15 - because 'that was the version of Linux skynet used for the T-800 terminator.'”

“So on the whole, I wouldn't read too much into the number.”

Over on Git, Torvalds is even more blasé about the numbering change, offering the following analysis:

“.. after extensive statistical analysis of my G+ polling, I've come to the inescapable conclusion that internet polls are bad. Big surprise.”

He goes on to deride responses to the poll before saying “But hey, I asked, so I'll honor the votes.”

Torvalds says the new release is small, but the full roster of additions to version 4.0 look to be pretty substantial: on top of non-disruptive patching the new version will support IBM's new Z13 mainframe, Intel's Quark system-on-a-chip, support for the the OASIS VirtIO 1.0 spec and lots of graphics enhancements.