The Revenue achieved RECORD numbers of e-tax returns ... by NOT shifting to GOV.UK 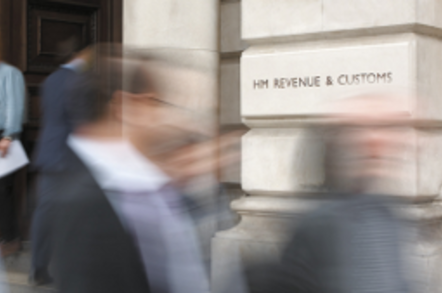 Special Report Her Majesty's Revenue and Customs (HMRC) was forced to take radical steps to keep the British government's cash rolling in, as its deadline to move its websites into the new GOV.UK digital empire drew near.

HMRC even opened a centre for a digital team in Newcastle, one that looked and felt like a clone of the Cabinet Office's Government Digital Service (GDS), the force behind GOV.UK.

It was a risky gambit, but it allowed HMRC to retain more control over its content than other departments and agencies who had seen their sites swallowed into the GOV.UK black hole – sometimes with disastrous results as with the UK's Visa and Immigration service earlier this year.

Moreover, HRMC also kept its vital transactional services away from the new site. As a result, it received a record number of tax returns electronically - but these came in using the old directgov.uk site that GDS had wanted scrapped four years ago.

Users might not think much of the HMRC's new look tax pages on GOV.UK – and with good reason, as we'll see – but with just two clicks, you're at the old Government Gateway login page. And that meant the vital revenue could keep pouring in.

"Much of this is putting two fingers up at GDS and saying 'OK, if we must do it differently, we will, but we will do not have you do it to us'," a source familiar with the work told The Register. Other departments haven't been so fortunate. Earlier this week we revealed how the UK immigration and visa system was paralysed by its "digital era" transition to GOV.UK, an labour intensive migration that was supposed to make government websites more attractive and save money.

However this means that the ancient Government Gateway, which in 2012 was earmarked for imminent extinction lingers on. The Cabinet Office told El Reg in December the lifetime of the old Gateway was being extended to 2018. The Gateway was developed in 2001 and implemented in 90 days. That's digital progress for you.

"GOV.UK is simpler clearer and faster for users … and it's been designed. Designed," said Mike Bracken in a keynote speech to Code for America in 2013*. Success would come, he predicted, by "making sure the product is so useful and so beautiful it cannot be ignored".

The audience swooned, and in January President Barak Obama promised to create an American GDS. Bracken has been tipped to run it.

But readers have found that in reality, GOV.UK is anything but "simpler, clear and faster". It's one of the least popular website makeovers a state body has ever undertaken.

One GDS insider involved in the transitions to GOV.UK told us, "I'm surprised the criticism has been so muted. The experience for specialist users has degraded: if you wander into any law firm, or accountants, they don't like the site. It hasn't met their needs, it's really disappointing."

But isn't design subjective? One man's carbuncle is another's thing of beauty? This chap, a games designer, certainly seems to thinks so.

We asked accountant Elaine Clark, who has been a critic of the GOV.UK transition since pages started creeping over two years ago, to give us some examples.

If you don't know the site – they may surprise you.