SAP's 10-year HANA gamble: A life without the big boys and girls

So long IBM, Microsoft and Oracle... 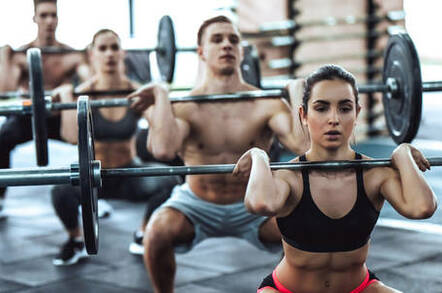 SAP was gung-ho about its HANA-or-nothing database play for the next version of its software crown jewels earlier this month.

The enterprise and software giant rolled out what it claimed was its biggest launch in decades – SAP S/4HANA. The system is built to run on one single database – SAP’s HANA.

Previously, SAP has relied upon Oracle, Microsoft and IBM to store data held in its ERP, CRM, supplier and product management suite.

But take a step back from February’s launch and you realise SAP has given itself 10 years to get more than 200,000 customers on its in-memory system.

Last year, the German multinational promised to continue to support its suite on such databases until 2025 – extending the existing deadline by five years. That is, existing versions, not the one launched this month.

SAP needs the slack. Released in 2010, SAP today claims 6,000 customers on HANA with 1,800 using it underneath their installation of the Business Suite. The company has a total of 253,500 customers.

SAP is gambling, but it’s not throwing traditional relational databases from its worldview. It can’t afford to: sales of its software and support and maintenance of existing versions of SAP continue to account for the vast majority of the giant’s income.

Customers have years of technology legacy and established preferences and loyalties in place when it comes to database suppliers.

To that end, SAP’s chief technology officer for its global customer operations, Irfan Khan, the pointman on HANA and formerly with Sybase, claims a pragmatic stance.

“I’m not suggesting traditional RDBMs are going to be removed from the face of the earth,” he told The Reg. “We will remain hybrid for some time ... relational technologies have significant value.”

He promised SAP would continue to work with its relational partners but claimed a performance and capability gulf exists between Oracle 12c and Microsoft’s SQL Server 2014 (the most up-to-date versions of their relational databases) and HANA. “We do not want to be held back,” he said.

However, a question remains – won’t restricting SAP to HANA limit its uptake? We know of customers using HANA for anything but their ERP suite – it’s seen as having niche applicability, not a cornerstone of their enterprise’s IT. It’ll stay that way for some time.

“I don’t believe it [SAP only on HANA] will limit our growth,” Khan told us.

SAP’s approach will therefore be to persuade customers they need HANA to transform the business, not as a rip-and-replace to established suppliers.

It’s a wise approach: the enterprise database market is a graveyard littered with the bones of dead companies and deceased claims about unseating Oracle.

Therefore, don’t expect SAP to try to persuade you of its relational database credentials, as it did in 2012. Rather, SAP will try to convert the argument into one of business transformation based on access to real-time data instead.

It remains high risk. If this soap doesn’t wash and SAP doesn't recognise this fact soon enough during the next 10 years, the world's biggest maker of business software will be left high and dry: lumbered with a core product that doesn’t work. ®