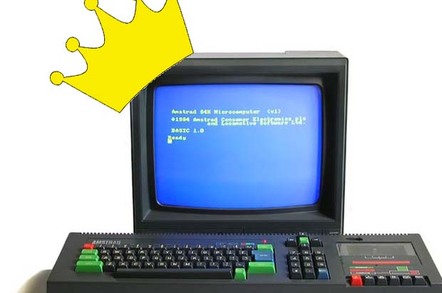 The Raspberry Pi Foundation today announced it has sold its five-millionth machine, and said that in so doing it could claim the crown as the UK's best-selling computer ever.

That the Pi guys have done well is not in dispute, but the Reg archives cast doubt on the claim it's now the best-selling Brit computer ever.

As we wrote back in 2014, Amstrad chalked up some 12 million sales of its PC range. Sinclair Research is thought to have sold around five million ZX Spectrums, on top of its ZX81 and ZX80 predecessors.

The Pi may have beaten Amstrad to the five million mark, as the outfit notes it's racked up those sales in just three years.

We think that this means that in just under 3 years, we’ve gone from zero to being the biggest selling UK computer manufacturer ever. Yowza.

Pi sales have doubtless been helped along by sales of the thumping second iteration, which has enjoyed scorching sales since its launch to high praise last month. At the time of launch the Foundation said it had sold 4.5 million units since February 2012, meaning half a million machines have shipped in the last few weeks. ®