Hypervisor lets kit makers have realtime OS cake and eat it, too 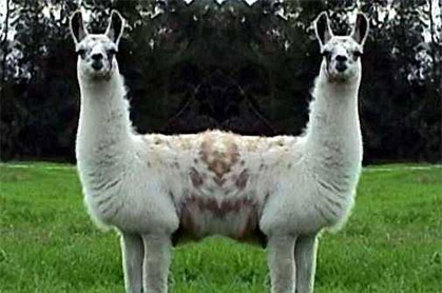 QNX Hypervisor allows embedded devices to operate two OS instances at the same time, even when one or both of the instances is running a realtime OS – something competing hypervisors don't always handle well.

Realtime operating systems, like the QNX's flagship Neutrino, are used for applications where certain workloads just cannot fail, no matter what else is going on in the system – such as industrial equipment, automotive systems, and medical devices.

While they excel at keeping mission-critical systems running, however, realtime OSes were never really designed to deliver the kind of flashy interfaces that today's customers have come to expect.

That's why some vendors have been exploring using other kinds of operating systems – including Linux and Windows – to varying degrees of success. Ford, for example, tried running its in-car infotainment systems on Windows but switched back to QNX late last year.

With QNX Hypervisor, QNX claims customers will be able to gain all of the benefits of general-purpose OSes for usability while leaving the timing-critical heavy lifting to QNX Neutrino (which is what it does best).

The company says the performance cost of running OS instances on its hypervisor is in the "very low single-digit percentage range" in its initial tests.

In addition to isolating sensitive workloads from less critical ones, QNX says using virtualization can also cut down hardware costs by allowing both OS instances to share the same devices and GPUs. GPU sharing works cross-platform and even across multiple screens, while running two QNX instances at the same time allows both to share a wide range of devices without writing custom drivers, via patented QNX tech.

There are limits, though. For starters, the first release of QNX Hypervisor will only work on ARMv7 processors, and it "makes full use of the hardware support for virtualization extensions on that platform."

QNX Neutrino itself, on the other hand, runs on a variety of silicon, including x86, ARM, PowerPC, MIPS, and SH-4 chips.

Supported guest platforms for QNX Hypervisor's first outing include QNX Neutrino 6.6 and 6.5 SP1, Linux, Android, and QNX CAR Platform for Infotainment; Microsoft platforms need not apply, even if they do run on ARM.

Mind you, no one has their hands on this thing yet. QNX says it plans to offer its hypervisor to "select customers" for evaluation beginning in April, with an eye to releasing it to general availability in the third quarter of 2015.

If your interest is piqued, however, QNX will be hosting a webinar on the topic of virtualization options for device manufacturers on March 10 at 12 noon EST; you can sign up here. ®