Flash die supply dry? Not us. We've got a deal with Micron - Seagate 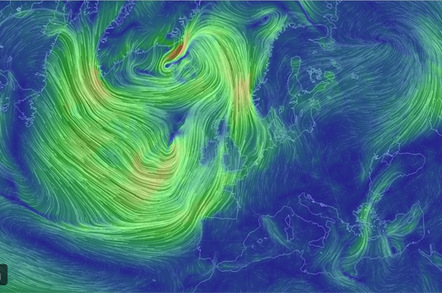 Canned supportive statements from EMC and HP were issued about the agreement being set up to enable customers of both Micron and Seagate to benefit from the twosome's "focused approach to deliver industry-leading storage solutions".

Seagate, like Western Digital/HGS, is seeing bulk data lake-type data staying on disk drive storage for cost reasons while primary, active data storage moves to solid state for lower access latency reasons, even though it's more expensive. So it has developed a line of Pulsar SSDs and has a Nytro line of PCIe flash cards bought from Avago, which bought LSI.

Seagate's flash business is close to $100m/quarter in revenues, according to Aaron Rakers, an MD at analyst Stifel Nicolaus. There is a relationship with Samsung concerning SSD controllers. It has bought Samsung's disk drive business and Samsung has a seat on Seagate's board, which provides a starting point for a flash supply agreement from Samsung.

As SSDs and PCIe flash become more popular, the need to have reliable NAND die supply deals increases. If you buy on the open market then you're susceptible to price rises and falls and supply constraints, which can affect your ability to provided uninterrupted flash product supplies to your customers.

As a vertically integrated disk drive manufacturer, Seagate knows this only too well, and the lack of a flash chip supply deal has been pointed out several times. Now that potential weakness in Seagate's flash product supply has been fixed with this Micron agreement.

It kind of matches Western Digital's HGST unit, which is the flash powerhouse for WD, with its relationship with Intel. Interestingly, and curiously, Intel is a partner with Micron in Intel Micron Flash Technologies. So the flash dies used by HGST and Seagate could conceivably come from the same foundry.

Rakers notes that is far larger in the enterprise flash market than Seagate. It reported $590m (+29 per cent yr/yr) in enterprise SSD revenue in calendar 2014 from its portfolio of enterprise SAS (HGST & sTec) and PCIe SSDs (Virident).

Micron is straining at the leash here. Darren Thomas, its storage VP and ex-head of Dell's storage, said: "The collaboration will assure both Seagate and Micron target the growing enterprise flash market with industry-leading offerings across both of our product portfolios.” That suggests it is a two-way street - and not just a Micron-supplying-dies-to-Seagate deal with marketspeak frippery wrapped around it.

Thomas said: "The relationship provides Micron access to enterprise drive technology and platforms, expanding our portfolio and accelerating our push into the enterprise market segment.”

We think we might be seeing a hint here that Micron will be selling Seagate-built SSDs to enterprises.

Micron has just recruited Rob Peglar to be a VP for Advanced Storage Solutions, and he came from an Americas CTO position in EMC's Isilon unit, helping develop and market scale-out filer storage to enterprises. Conclusion: Micron will develop flash storage products for sale to enterprises, meaning server side PCIe flash and, possibly, DIMM flash, flash arrays that might be treated as extended memory and/or networked arrays.

Micron also has 3D NAND coming out in the second half of this year and that is a capacity-increasing flash die technology, with downstream capacity boosts probably in SSDs and flash card technology.

Seagate, of course, has its Xyratex ClusterSor arrays and these might start getting slugs of 3D flash in them to speed metadata processing and cache hot data better.

How long will we wait before seeing an alliance or acquisition linking these two groups? The flash change winds are speeding up to storm force and more change is coming. ®