Evolve: A shoot-em-up full of scary monsters and super creeps 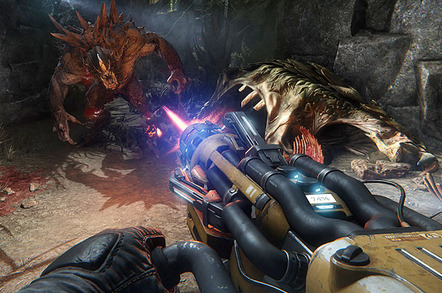 Game Theory Bursting with more monsters than a Godzilla convention, Evolve is a multiplayer feast that delivers a deadly game of cat-and-mouse between human hunters and monstrous beasts. Turtle Rock's title is a rare kind of game, in that it's entirely reliant upon other players for it to be a worthwhile experience. 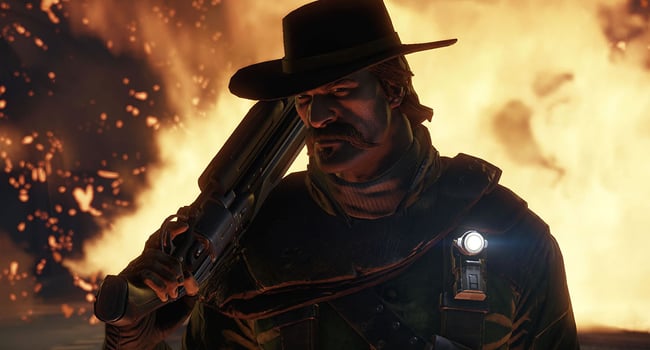 There are many other team-based games – from Counter Strike, to Left 4 Dead to Battlefield – that might work better when played within a well-oiled machine, of course. Yet most still provide the opportunity for personal glory via kill counts, should your supposed team go rogue.

Not so with Evolve. In the eerie rainforests of planet Shear, there’s no plan B should your team splinter. When you think about it, that's a pretty brave step to take. 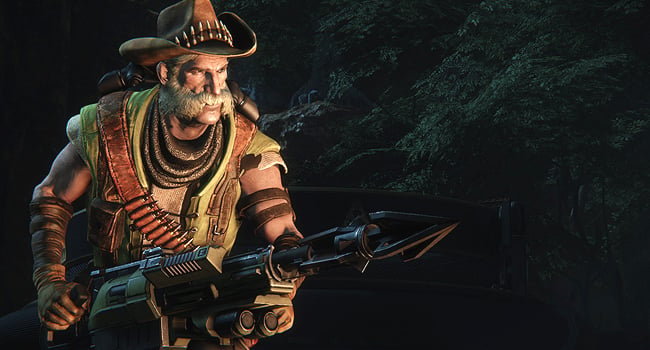 The reason for this is because of Evolve’s four-versus-one core gameplay mechanic. This pits a team of monster hunters – consisting of trapper, assault specialist (a tank by any other name), medic and support – against one of three gigantic beasts.

Crucially, not only is each role playable, but each is as important as the last if the game is to work as its developers intended. No doubt Turtle Rock envisioned combatants fighting for their very lives, with hunters backing each other up with buffs, comms and covering fire. 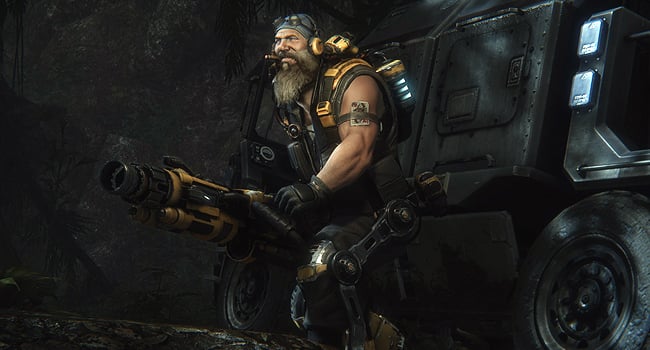 Hank is support class... it's a beardie thing

And, when that does happen, Evolve is an exhilarating experience. What's just as likely to happen right now though, is that an inexperienced player will have the monster wandering about like a village drunkard before it’s put out of its misery. Or else, one of the slayers will split up off from the group, so weakening the entire group in turn.

To combat this, Evolve is pretty adept at prodding players in the direction of teamwork and strategy via a collection of tutorials and onscreen messages. There's also a levelling-up system that only really rewards you when players – whether man or beast – play the right way. 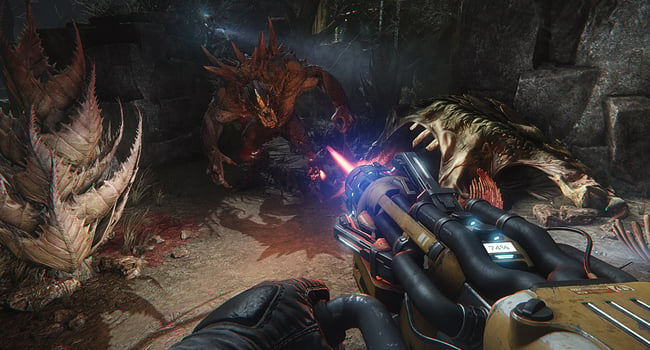 We might fairly assume that inept play will fade away on the whole then. That does leave one further glaring question though – how long can Evolve stay fresh for? Well, in these fledgling days there's certainly a lot to see and get used to. First and foremost there's Shear itself, the planet upon where hunts are staged, and a place that has more in common with Avatar’s Pandora than Earth.

Video Speculation builds over root cause of 'Connectiongate'