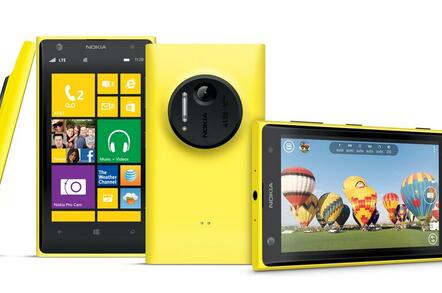 Updated In less-than-pleasing news for Microsoft, a massive thread of Windows Phone moans is growing on its forums.

Back in September 2014, Microsoft started rolling out Windows Phone update 8.1, with significant new features including the Cortana digital assistant and Word Flow keyboard.

A nice update, but not for a subset of customers who found that their previously reliable Lumia phones now suffered freezes at unpredictable intervals, ranging from every few days to several times a day. Phones affected included some but not all 1020 devices – once the flagship Windows Phone and still the one with highest resolution camera.

A freezing phone is not much use, since incoming calls may not be received and reminders do not fire. One user, called ArkEngel, carefully documented all the problems and suggested fixes, but the problem remained.

Microsoft itself maintained a discreet silence for two months until (after internal intervention from someone in the more communicative developer division) a member of the team popped into the thread. Microsoft’s Kevin Lee stated:

I'm sorry we've been dark - I work closely with the Lumia engineering team that's working directly on this. Trying to shed a little light on this... Beginning in early September we started to receive an increased number of customer feedback regarding Microsoft Lumia 1020 and 925 device freezes. During the last two months we have been reaching out for more and more data and devices to systematically reproduce and narrow down the root cause. It turned out to be a power regulator logic failure where in combination with multiple reasons the device fails to power up the CPU and peripherals after idling into a deep sleep state. I am pleased to pass on that we have a fix candidate under validation which we expect to push out the soon [sic] with the next SW update!

What is “soon”? Well, you never can tell with software companies, and to date Lee has made no further contribution to the thread. Maybe the fix would come with Denim, the feature upgrade now being pushed to Windows Phone?

Apparently not, at least according to user LarryHSmith today:

Our family has 3x Lumia 1020 64GB editions running on O2 in the UK. All three of our phones have now updated. My dad's 1020 has been rock solid even before the Denim update. My personal phone on the other hand freezes every night when I charge it (meaning I don't get any alarms in the morning!!).

However, the real problem child is my mum's 1020 (64GB in yellow). That was rock solid until the WP8.1 update, and has been a nightmare ever since! I had caught wind that the denim update may just provide a fix. However, after just 1 hour of internet browsing, my mum's 1020 lost its wifi connection, with the module becoming disabled. This is normally the precursor to the phone freezing fully... As things stand, my mum's phone is basically a paperweight that requires hard resets (volume/power for 10 seconds) at least 3 times a day. We all love the 1020 camera...but there comes a point where having a fully working phone is more important … Microsoft, you HAVE to look after us. We are the advocates for your platform...and if you lose us, you lose what momentum you did have.

This is a heartbreaking thread for Windows Phone fans as customer after customer loses faith with the platform. Perspective is also important; only a minority of Lumia devices are affected and the current models generally seem to be fine. Devices under warranty are replaced or a repair is attempted, though it seems that often a software reset is applied – which fails to fix the issue, to the frustration of customers.

The real story here, though, quality control issues aside, is the unwillingness of the Windows Phone team to engage with its customers. With the exception of the one post quoted above, nobody has come forward to communicate progress, explain workarounds, or advise users on how to revert phones to 8.0 until a solution is available.

A preview of Windows 10 on Lumia phones is expected any time now, and the unification of the phone and PC app platforms, combined with the efforts Microsoft is making to make the operating system appealing, have the potential to increase interest in the company’s mobile platform. It is important to keep your best customers happy, though, and the above is food for thought in the context of CEO Satya Nadella’s recent statement that “We want to move from people needing Windows to choosing Windows to loving Windows.” ®

Microsoft sent us a brief statement since the publication of this story: “We are working to address an issue that may cause some Nokia Lumia 1020 [devices] to freeze when returning to active state from device sleep state.”