If he can handle MS user 'relations', he can do anything 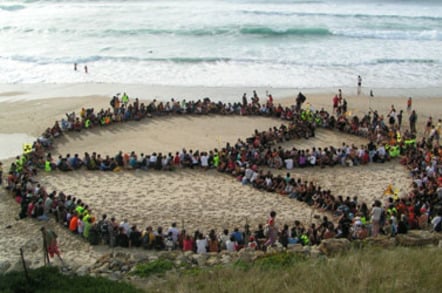 Ramji shot to prominence as the architect of Microsoft’s open-source strategy in the 2000s, having been handed Redmond’s radioactive "relations with the community" by his bosses.

Ramji’s goal now is to continue the rapid growth in contributions and downloads of Cloud Foundry – 1,700 pull requests are claimed for the last year.

Ramji said in a statement on his appointment: “Major corporations on the supply and demand sides of the cloud market are putting significant resources behind this community built platform. They're doing so because they know they can commit to Cloud Foundry as their long-term cloud platform with confidence.”

A 20-year industry veteran, Ramji will captain project and community, bringing together interests of more than 39 of the industry’s biggest players.

Nine members of a Cloud Foundry board were also announced, including representatives of EMC, HP, IBM and others.

Built by VMware, Cloud Foundry was released as open source in 2011 before being spun out from VMware/EMC in 2013.