You see a diversity tickbox nightmare, I see human beings 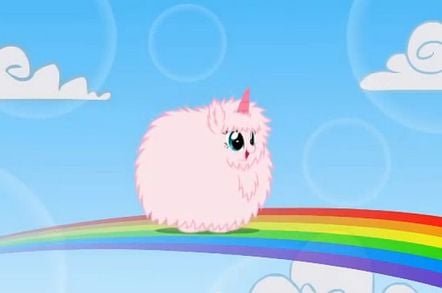 Worstall on Wednesday I note from a technical publication of repute that Microsoft has announced that marriage equality is a fundamental and core value for the company itself. To which, OK, great, and why not?

As I pointed out previously, “taste” discrimination against people because of anything other than their working skills is a costly endeavour to those who do it – and thus, sensible business people don't do it.

Wibble on about civil liberties and fairness and all the rest as you might wish. Included in such wibbling is the obvious point that if we are to have civil liberties at all, then they must extend to everyone. Otherwise they are privileges and not liberties, says the cisgendered middle-aged bloke of significant melanin deficiency.

However, there's one part of the pro-diversity business case that seems to me to be less than conclusively proven. And that's the one that insists that diversity among the workforce is required to be able to deal with diversity among the customer base. I really just don't get that at all.

Here's Microsoft talking about this:

Diversity and inclusion help drive our business and our bottom line. Our customers literally are as diverse as the people of the world. To create technology that empowers the world, we need a workforce that reflects the diversity of the world.

My point is that a diversity of gender, melanin enhancement or sexuality isn't actually a requirement to be able to make a product that a diverse world wants to buy. My poster boy for that argument would be Twitter.

A few weeks back it was pointed out that Twitter has a greater penetration in the African American market (or is it among “people of colour” these days?) than it does among the general population. This “proved” that Twitter should thus hire more people of colour to serve their more diverse audience.

My own reaction is that if those whitebread brocoders (is that right? - Vulture Central's backroom gremlins) can create something that appeals to people of colour, then that rather explodes the argument that only people of colour can divine and then service the desires of people of colour.

PJ O'Rourke rather touched on the same point when he said that gender matters sometimes – for example, when making babies – and not at all at other times – say, when trading bonds. Sadly his second example was actually wrong as an all-male trading team will take more risk than an all-female one, while a mixed gender team will take more risks than either single-sex one.

It's not all that surprising when you think that much human risk-taking is actually mating-related display, really... but the underlying point is fine. Sometimes these differences are important and most of the time they're not. One should, therefore, be looking to hire across that diversity range whenever the differences don't matter.

Yet that's very different from saying that one should be hiring across those diversities just because said diversity is in and of itself useful to the business. Those moral and civil liberties arguments are another matter, of course.

This was rather usefully pointed out in a book called The Trouble With Diversity:

The Trouble with Diversity argues that our enthusiastic celebration of "difference" masks our neglect of the difference that really matters--the one between rich and poor. A magnificent skewer of pieties, Walter Benn Michaels takes on the many manifestations of our devotion--from affirmative action, to the worship of multiculturalism, to the obsession with heritage and identity--demonstrating that diversity offers a false vision of social justice, one that conveniently costs us nothing. In a daring break with both the left and the right, he calls for less attention to the illusory distinction of culture and more attention to the real discrepancies of class and wealth.

Given my right wing neoliberal capitalist babyeatingism you might imagine that I'm rather less enamoured with his specific thesis than many. Yet I absolutely agree with the general thesis. It's not actually diversity of people that's important to a business, that diversity of levels of melanin, gender, tab/slots selections and so on. It's not even diversity of cultural background that's critically important (although it can be helpful; it's useful to have someone around who knows why marketing bacon at the synagogue is unlikely to work well) but diversity of opinion and experience are key.

That is to say, filling the coding halls with twenty-somethings all with the same university educations and cultural outlooks isn't actually producing diversity along the axis that is actually required. What will aid is in having people with different opinions and beliefs around.

To borrow a joke that a UKIP guy nicked from a Tory, even bigots have votes and should be represented in Parliament. And there's an awful lot of bigots out in that big wide world. Meaning that a business that was really valuing diversity in the manner that might increase its reach into the marketplace would have to hire a few racists, homophobes, misogynists and all the rest to really fully reflect the diversity of said marketplace – not to mention vast numbers of not very bright people too. Possibly even the occasional self-avowed conservative and/or Republican.

If people were truly valuing diversity in the manner that Microsoft says it is, then that is indeed what they would be doing. They're not, so the belief can't be quite what they say it is, can it? ®