SWINGBELLIES! Take heed! Drinking WINE is good for your LIVER

Splendid news for the rotund red-fancier 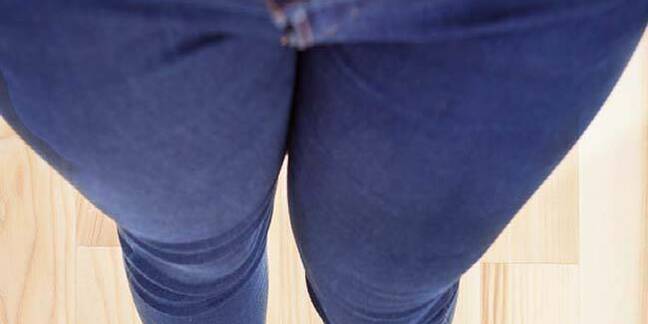 Great news today for those who haven't seen their feet lately and who enjoy a slurp of red wine: chemicals in dark grapes have been found to protect the liver from the harmful effects of being a fatty.

Glugging red wine - or munching actual grapes, should that be your bag - doesn't prevent or reduced actual embulgement. What is does seem to do, according to the latest research, is prevent the lard building up in the liver as it is normally prone to do in persons from the longer-belted community.

Biochemist Neil Shay and his colleagues have been growing human liver and fat cells in their lab, and exposing them to chemicals generally found in dark grapes and things made from them. It seems that one chemical in particular, ellagic acid, did the liver cells a power of good and seriously bothered the fat cells.

"We didn't find, and we didn't expect to, that these compounds would improve body weight," says Shay. "But by boosting the burning of fat, especially in the liver, they may improve liver function in overweight people.

"If we could develop a dietary strategy for reducing the harmful accumulation of fat in the liver, using common foods like grapes, that would be good news."

Just to make sure, Shay and his crew tested the chemicals out in mice which had been supplied with a massively lardy diet.

"Our mice like that high-fat diet," said Shay, "and they overconsume it. So they're a good model for the sedentary person who eats too much snack food and doesn't get enough exercise."

It seems that these mice, living the lifestyle of an idle sofa-bound crisp-scoffing swingbelly, normally develop diabetes and fatty liver disease. The control mice did, but the ones who were supplied with the equivalent of a supply of punchy claret stayed in much better shape, liver wise, though they would no doubt still have failed to shine at any murine equivalent of beach volleyball.

The chubster mice in the experiment were given portions of grape derivatives "about the equivalent of one and a half cups of grapes a day for a person".

So there you have it. Should you have let the pie habit get away from you a bit, make sure to have a health-giving slug of vino every day as a protective measure.

You can read all about it in full boffinry detail courtesy of the Journal of Nutritional Biochemistry.

Red wine also heas other health benefits: if you drink enough of it, you could be hit by Mike Tyson without ill effects. True fact. ®

Beer gut-ted: As many as '70 million pints' spoiled during coronavirus pandemic must be destroyed in Britain