Science agrees with Auntie Pat about that nice, awful chap/ette 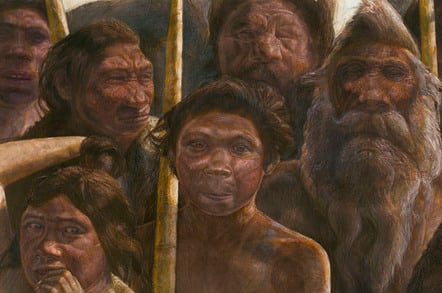 Listen up, singletons, there’s no point waiting around for Mr Perfect. According to scientific research, having any old schmo right now could give you an evolutionary advantage.

New research from Michigan State University researchers found that although an individual could hold out for the perfect mate and run the risk of coming up empty and leaving no progeny, “settling early for the sure bet gives you an evolutionary advantage, if living in a small group.”

The researchers, led by Chris Adami, MSU professor of microbiology and molecular genetics, used a computational model to trace risk-taking behaviours through thousands of generations of evolution with digital organisms. The gambles had to be on high-stakes, life-altering decisions, such as choosing a mate and producing offspring… probably not the sort of scenario that develops on a Friday night in Wetherspoons.

The smaller the group that the primitive humans lived in, the less likely they were to wait for “The One”. According to Adami: “If reared in a small group – fewer than 150 people – we tend to be much more risk averse than those who were part of a larger community.”

But he added, “We do not all evolve to be the same. “Evolution creates a diversity in our acceptance of risk, so you see some people who are more likely to take bigger risks than others.” So some people will wait longer for that perfect mate than others… plus ça change.