Unless you're in India, it seems 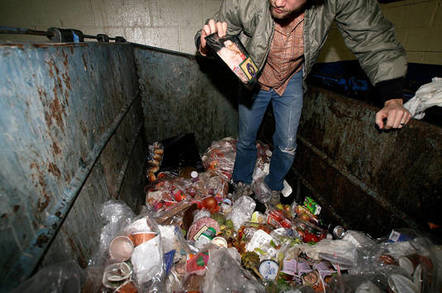 Worstall @ the Weekend Given that we've a general election coming up, people are starting to actually pay attention to what the various politicians are saying. Which is, of course, interesting, for it's often the first time that said politicos are asked whether their sums add up.

So it was when Natalie Bennett of the Green Party was “questioned” - that would be a very light word – by Andrew Neil. My problem with the car crash that followed is that I was, in fact, one of the people who endorsed Bennett when she ran for leader. The worst part of the smash was her talking about the basic minimum income, a policy I think is an absolutely great idea.

As to the me and Natalie bit, we've never met but have been involved in a couple of online collaborations. When she was running I said that I thought she would be a very good leader. Not because I agree with her on most things: we both think the other is barking. However, Bennett is competent and I said so. That probably reduced her winning margin by quite a bit, as Greens don't normally look for competence – and approval from someone like me is, of course, the very kiss of death.

But onto the policy itself, a basic income. The idea is really very simple indeed. We're a rich nation; pretty much everyone gets something from the State's coffers. There's problems with the different amounts that people get so, instead, why not just give everyone the same amount each week? This scheme has a number of names but the most normal is “universal basic income”. Each is important: every adult gets it (it's never withdrawn because of high income, for example); it's basic, so that it can be afforded; and, well, yes, it's an income.

From the left the advantages are that everyone gets something akin to welfare as a right, not as a handout. As the thinking man's Marxist Chris Dillow points out, it produces both agency and changes the power balance in the labour market. Agency we'll come to. If having a basic income is an inalienable right, then you do have more market power over the pay, terms and conditions of the work you do to support yourself than someone who gets welfare on condition. One of those conditions is that you have to take any shitty job that comes along, because, obviously, you can support yourself without having to go to work and without fear of benefits having been stopped because you did so.

I support this idea, yes - but don't go calling me a Green!

It should be fairly obvious that the other group of people who support this idea, us over on the very free market right, don't necessarily support it for the same reasons. Yet it is true that this is where the other focus of support is. My own support comes from the incentives problem.

I'm pretty much convinced that incentives matter to people – there would be little to be said about economics if this were not true. What you get, after tax and benefits withdrawal for your labour, is obviously an incentive that affects your willingness to labour. As the Budget points out every year (it's one of those things it is supposed to detail each year) there's several million people who face marginal tax and benefit rates of 70 per cent or more. There's even a couple of hundred thousand over 100 per cent.

By earning an extra pound or ten in a week they actually end up with less money in their pockets and have also had to work more to get less. You don't have to entirely buy into a strict reading of Art Laffer's famous Curve to believe that this is going to reduce the amount of extra work that these people are going to be willing to do. They're thus stuck in a poverty trap; they work more and get less, therefore they won't work harder and get over that hump into better territory.

Please note the implication of this: yes, us free market right w(h)ingers really do think that hugely high marginal tax rates affect the poor just as they do the rich and that therefore we shouldn't have them.

So, from this point of view, just give everyone some amount of money per week, untaxed and not withdrawn as incomes rise and those poor will face hugely lower marginal tax rates. It'll thus leave room for the incentives for people to slowly improve their situations through extra work, better work, experience, education and so on. We have, we hope, solved the poverty trap caused by the current tax and welfare system.

This is largely the argument that Charles Murray (yes, he of the Bell Curve) used in his book on the subject, “In Our Hands”. The collision between tax rates and benefit withdrawal rates is such that we'd be better off just giving everyone some cash and letting them get on with it. If that means they go to the beach all their lives so what? It'll be a minority that do and we'll all still be better off.

The problem really boils down to us asking, what is the definition of “basic” that we're using here? There's some who want to call for a universal income: something like the UK's living wage of £15,000 a year or so. Without taxing the economy into oblivion, that's just not going to happen. Murray's worked out that the US, a much richer place, could afford about $10,000 a year per adult. But do note that that replaces everything else: the entire welfare state, including old age pensions (or Social Security as the colonials call it) disappears into that one $10,000 per adult payment.

The Green Party is talking about £75 a week or so, which is pretty minimalist for even the word “basic”. The assumption seems to be that we'll all eat off our own potato patches. Despite how that they're not very good at explaining where the money will come from, the answer is obvious: it's folding large pieces of that welfare state into making that payment.

Dillow and I seem to think that something around the level of the pension guarantee could be done: £130 a week. But at that point you really have stripped absolutely everything out of the welfare state to pay for it. Pensions, tax credits, personal allowances for tax and so on all disappear into the gaping financial maw of said universal basic income. And we think that all would be better off in such a system.