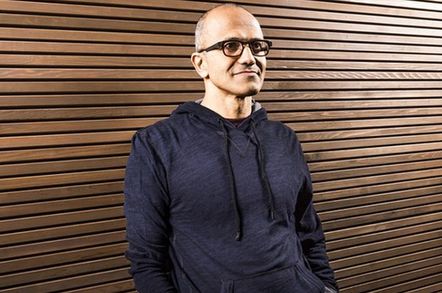 One year ago, on February 4, 2013, Microsoft's board of directors appointed Satya Nadella the third chief executive in the company's history. So what do we have to show for it, so far?

Nadella's predecessor, Steve Ballmer, wasted no time in taking his hands off the wheel in Redmond, even going as far as to resign his seat on the company's board in August to pursue his new career as owner of the Los Angeles Clippers basketball team. So you'd think Nadella would have free rein to make as many changes as he wanted.

Looking back at the last 12 months, however, reveals instead a CEO who is still settling into the role and in many ways is following Ballmer's lead, strategically. Of the following ten major announcements from the first year of Nadella's tenure, many weren't actually his ideas – and his most significant strokes weren't necessarily the bold changes in direction that some Redmond-watchers were hoping for.

It was Nadella who ended up welcoming former Nokia CEO Stephen Elop back into Microsoft's fold, but anybody who had been following Redmond's acquisition of the Finnish firm's devices and services business knew the deal was 100 per cent Ballmer's doing. In fact, it eventually came to light that Ballmer was so keen on the purchase, yet met with so much resistance from Microsoft's board, that it created a major rift between himself and company cofounder Bill Gates. Now Ballmer is out and Gates is back in Redmond in an advisory role to Nadella – but we may never know what side of the Nokia sale debate Nadella fell on. It just wasn't his call.

9. Launching Office for iOS (and Android)

Shipping versions of the Office business apps for iOS devices was hailed as Nadella's first major act as CEO. But that launch was a long time coming, and one of its biggest proponents was – yes, you guessed it – Steve Ballmer.

Microsoft under Nadella has since shipped versions of the Office apps for Android devices and Windows 10 early adopters are just now getting their first taste of the software. But it's all clearly a holdover from Ballmer's "devices and services" strategy (even if Nadella doesn't like to use that phrase anymore).

A new version of Windows is always a big deal, and Nadella says the next one is going to be among the biggest in the company's history. But how much is going to change, really? The new OS is said to run on just about any device that can run Windows 8.1 today, and many of the UI changes feel like attempts to roll back some of the more hated excesses of the Windows 8 design. The Windows train must keep rolling along, and it would with Nadella or anyone else in the corner office.

If Nadella had any major role here, it may have been the decision to name the new OS Windows 10 – skipping version 9 completely – and to drop the Windows Phone name so that Microsoft's desktop and smartphone operating systems use the same branding. And perhaps even more important, Nadella seems to have used the opportunity to sweep the loathed Windows RT under the rug, a decision that was a long time coming.

Shareholders should be pleased that under Nadella, Microsoft finally got its hybrid tablet/laptop concept right. Surface RT was an abysmal bomb and the first two generations of the Intel-powered Surface Pro line were compelling, yet flawed. With Surface Pro 3, however, Redmond finally has a serious competitor that can easily take on competing convertible tablets from the likes of Dell, HP, Lenovo, and Samsung.

Let's not give Nadella too much credit for that, though. What makes the new design a winner is that it addresses many of the faults of the earlier ones, such as making the tablet thinner and lighter and giving it a larger screen with a more work-friendly aspect ratio. Surface Pro 3 doesn't represent a major brainstorm, just Microsoft learning from its own mistakes.

Do credit Nadella, though, for holding off on reported plans to release multiple Surface versions in various screen sizes, including an 8-inch model. With Microsoft reportedly losing money on every slab it makes, keeping the product line small was the best strategy for 2014.

2014 was a big year for Microsoft and open source, one that saw it announce that it plans to release its entire .Net software development platform as open source software. It was a major move – one so significant, in fact, that it took longer than a year to develop. Large portions of the .Net source code have been available under open source licenses since 2012, and while Redmond launched the .Net Foundation to oversee the code's development shortly after Nadella became CEO, most of the groundwork was laid before he was appointed. Chalk this one up to long-term strategizing from Microsoft's developer tools team.